I pick up the book at Green Apple, a truly spectacular new and mostly used bookstore on Clement Street in San Francisco. It is in an area with no apparent name, unlike the Tartine Bakery which is on the edge of the Castro, or City Lights on the line between North Beach and Chinatown. The book has what feels like a cheesy title. I am sheepish buying it, feeling as if I have a “Kick Me” sign taped on my back. I mean, if you know how to write, why would you buy a book title If You Want to Write? But at Green Apple, you can spend as much time reading the personalized recommendation cards tacked to the bookshelves in front of nearly EVERY book in the store (new & used). Some of the recommendations are written by employees, most are written by customers. And it was what struck me so viscerally about San Francisco…it is a THINKING town. In D.C. you can feel the power. That city has a pulse of energy like no other place I have traveled except maybe Vatican City. I have never been to New York, but I would venture that city has the feel of money. And the power from money is totally different than the power exacted and wielded in Washington. Likewise, I would suspect Los Angeles (and Miami alike) are cites that resonate beauty and vanity. San Francisco is a city that pulses with brainwaves, a cerebral city, an authentic city. And it is in this iconic bookstore, I stand reading the back cover of a paper back and hear my own head shouting ‘YES!”. Andrei Codrescu writes the introduction and with all his usual wit and wry humor he pays deft and humble homage to the author Brenda Ueland. And who can argue with the authority of a woman with a suffragette mother and an immigrant Norwegian father who became a lawyer and then judge. She attended Wells and Barnard. And she taught, spoke, coached and cheered the life of a writer so passionately than scores of other writers fall back to her for restoration, rejuvenation and reanimation. She never lost faith in writing or the ability to write. She was absolutely certain in her faith that ANYONE could write, but only those writing from a true place could write interestingly. It has to come from an un-theoretical place. You can’t think it…you have to FEEL it. Or rather, you have to write about how what you think makes you feel and not what you think about what you think.

Standing in Green Apple,  I felt like I had found something magic, something potent, something signifying….well, something. I couldn’t tell you why I felt like I held something that defied the laws of nature. It felt heavy and substantive yet was a small 192 pages paperback. And it felt like an affirmation of what I have been trying to articulate about my own journey. Coming to writing so late in life makes no sense. I can’t explain it to people. I can’t authenticate my credentials as a writer. I don’t have a degree in English nor have I read all the classics. Shit, I read Faulkner under duress. I actually had to drag myself through Hemingway. And I think it totally sucks that there is only ONE woman writer on the list of the Great Books and while I love Jane Austen….really? And no one of color. No DuBois, no Black Boy. And so, I criticize the very construct I aspire. But, I feel real in this world of words. I feel realized in this creative space. I feel authentic but shy from the label as it seem all the vogue nowadays. But, I read Ueland’s book and think (and feel) that it is the dialogue missing from all scholarly endeavors. Where is your passion?

I practice medicine. Everyday, I set my stethoscope upon a chest wall and listen. I have felt the margin of a liver or tilted a cervix thousands of times. I have heard an equal number of stories. I have LISTENED and heard so much more. I hear the fears and pains and worries. It is more than intuition. The ART of medicine is to see what is not seen. To deduce the true problem. It cannot be reduced to algorithms and flow sheets. The modern practice of medicine is not an art. It is “healthcare” and HEALTHCARE has no soul. Healthcare is killing medicine. And I want to practice medicine, the art and science of medicine. The art of the human condition deserve people who are present. Any doc-in-a-box can take your $25 and look in your ear and give you a prescription for a Z-pak. That is a cattle shoot. That is not a relationship. It takes care of business when people will not take the time for themselves. They drive through for the money, food and now healthcare. The listen to books instead of read. They take vitamins instead of eating properly and fresh. The get their stomachs banded instead of exercising and eating less.

I don’t want to live in that world. I don’t want to be that kind of doctor or that kind of human being. I want to have passion for what I do and how I live and who I am. Everyday. Otherwise, what is the point? Like Ueland says, anything else is “uninterestingness”. 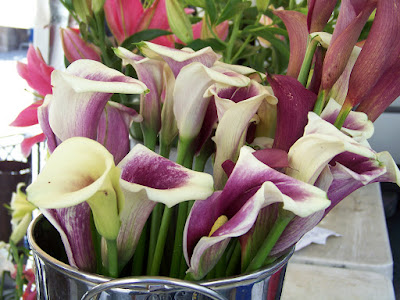