How do you tell is something is real, the genuine artifact? Authenticity comes with some type of verification, a branding. A new DVD comes in a sealed box that is shrink wrapped. Some items come with a certificate or warranty direct from the manufacturer. And we have all seen the knock offs sold by vendors on the bridge to the Castel Sant D’Angelo or the sidewalks in New York City. From a distance, a knock off can fool you, but stand beside a woman who unzips her Gucci handbag and you see there is no liner. The small embellishments that confirm an authentic production are slightly off, just not quite right. And you know.Fake. Sure it is cheaper but it ain’t real.

There is a similar kind of authenticity evaluation with people. In an interesting study, researchers proved we all have the ability to detect phoniness. And the detection lies in the subtlety and we see it in a nanosecond. We all know it when we see it.We can also sense pure honesty and openness.

I sat at dinner with my good friend Janis the other night and we talked up a storm. Janis is one of the most genuine people I know and thank God. She is open and honest and as take-me-as-I-am as a person can be. And it is both a trait of the South and an oddity. Southern propriety often outplays authenticity. We care very much about how things appear down here. It is deeply rooted in the Culture of Honor. It is the thing that kept me and my sisters sneaking around doing stuff when we were teens, because our mother had her spy network set up. We weren’t allowed to have people (read BOYS) over to the house when they were not home. The reason? It was all about what the neighbors would think. It was about reputation and HONOR. The faulty logic was that as long as no one SAW what we were up to, it was cool. We appeared to be proper girls from a “good family”….meanwhile, Lord only knows what we were up to. Actually all our peers knew: bashing mail boxes, throwing elephant turds into pools and stealing Bob’s barricades. Our parents found out about our antics years later. But we never got caught and therefore, our honor was intact. Phew!

But there is something about the phony and the fake. We are all critical of it. We all see it. But we let the faker go right on faking. It is in the unwritten rules of phoniness; we are supposed to accept the styrofoam and agree to the transaction. We are duplicitous in the endeavor.  Wonder what they’d do if we said…”Why don’t you cut the crap and just be yourself?”

But why be phony? Why fake it? Maybe it is not truly lying. Maybe people act this way because they were instructed or conditioned so as to engender this plasticness. My older son was yaya-ing with his little brother this morning before school. I asked why he was giving the younger brother such a hard time and he said, “He’s just too much!”

And there it is. The first whip crack from a sibling or a parent. Be less of yourself because ALL of you annoys me to death. And you want your sibling or parent or friend to like you, so much so that you fold a tiny bit of yourself away…to make THEM comfortable. To please them. You give up a tiny portion of yourself, your truth, to make the other people accept you. And then the origami begins. And the folding can go on for a lifetime, until a person is contorted and twisted so far from their truth that they can’t ever get back there.And when we’re around them, they feel fake or aloof or “hard to get to know”.

I corrected the older brother and said, “He is perfect just like he is and ALL of your little brother is never, ever too much. Ever.” Is he annoying? Sure. We all are at times. Any sibling four years younger is a pest. But if in a family we cannot rejoice in our Muchness, can’t feel totally at ease to expand our wings and stretch our legs, then where?

If nothing else in life, it is the true will that we BE just what were are meant to be. Be authentic and genuine. It feels so much better to be in the presence of someone authentic and HUGE than someone who accommodates and conforms. Be true and be yourself. 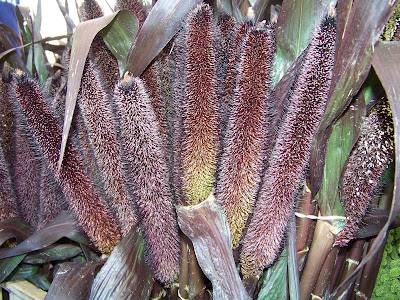