So much of one’s assurance is from feeling in control. One’s power resides in the ability to control direction. Manifest Destiny is woven into the fabric of every American. It is a cultural legacy; we believe we have ultimate control over where we are going and how we are to get there. Even more, we believe we have some inherent right, granted from the Divine, to get what we feel is our fortune and future. The country was conquered and settled by sheer determination, guts, brawn, sacrifice, courage and dreaming. It had to be peppered with dumb luck and a fair amount of true stupidity. I suppose a majority of people thought Lewis and Clark were CRAZY when they set off looking for passage to the Pacific. It is likely, to their faces, their friends and acquaintances were encouraging and supportive, but in private thought them truly mad.

The race west, the rush for gold, the drilling for oil, the space race, personal computer…..oh so many grand ideas and visionaries.To know, to explore, to conquer, to experience….such dreams!

In all of these situations…people applied themselves. They had focus and faith. But hidden in all of their endeavors was an undeniable belief that with enough applied effort they would accomplish that which they desired. But, often, their efforts encountered obstacles….

This is the Divine answer to the man’s tendency to get a bit big for his (or her) britches. Whoa Nellie!! We get a monkey wrench in the gears, sugar in the gas tank, O-rings that fail and any number of ways to simply block us from getting the job done. It is frustrating and disheartening. It can be so crippling to a dream that we are utterly impotent. Some people give up completely. They either accept that they are not smart enough or strong enough to “get there”. Sometimes, they quite from sheer exhaustion; they expend all that they have in the process, not reserving for self-preservation.

In that powerlessness, is a different kind of answer. It is like we are shoving to open a door with all of our effort. We exhaust ourselves against a pyramid sized wall of resistance until we fall down, beaten and breathless. Usually, off to the side, another door is ajar….and likely always was….but we are so fixated on that which we perceive to be the GOAL…that we miss the true path.

So often, I am reminded that beneath my determinism and focused energy, and within my frustration and powerlessness, is usually a finer way. Only AFTER getting smacked in the forehead with the Divine Yellawood do I see the BETTER way.

I am still a grasshopper. 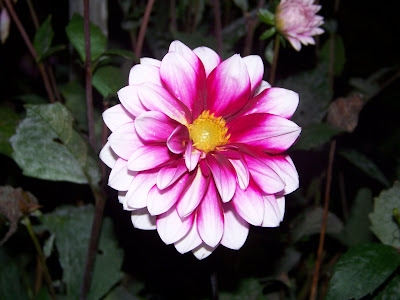