The voice is a window. So much can be conveyed in the voice and its inflections. And the memory of a voice is a powerful thing. I was watching Chowder, a silly cartoon with Evan this morning. There is a character called Chestnut and the voice is Anthony Terrel Smith, better known as Tone-Loc. There is no denying that deep, gravel rapper. I loved his voice. To have another person’s voice inside you head is powerful. Some people have grating, annoying, cloying voices that are flat and lack tonality. Their voices clang inside the head. And the voice reflects mood like no other aspect of the human design. How we sigh, the non-word spacers we use, the length of a pause before answering belie more than words can ever offer. And then there is accent, even among Americans, there are subtle and not-so-subtle regional differences. Most people canÂ distinguish Boston from New Jersey from Southern CaliforniaÂ beach rat, even if they were reading a technical journal.Â But there is a northern Florida accent that crossesÂ ethnicity. People living in the low country of South Carolina also have a distinctive accent. Â

The lead singer of U2 got his name because as a young choir boy. The priests said he had a “good voice”, Bono Vox. Then there is the Dulce Vox, that sweet voice that fills your head like no other. I think of Barry White or Billy Holiday. It is more than sexiness. The human voice can resonate for another like a tuning fork. There are also anti-voices. I think of Joan Baez or Bjork. Their voices are like nails on a chalk board for me. [Like Janice of Friends.]

When a person is depressed, their whole affect is blunted, but most assurdedly, their voice is flat and atonal. There is aÂ bleakness and desolation to their words. Elation and joy changes the sounds changes that personal sound, too.

I hear what people say and I listen to what they mean. The human voice is layers and layers of meaning. It is what gets lost in emails. A hand written letter conveys more tone. Think of the angrily written letter as opposed to one penned in adoration and affection. The curls and ques and the spacing permit the narrative.

Â I love the human voice. A sweet voice, a good voice is a genuine delight. Like a piece of fine chocolate or a smooth glass of scotch. Hmmm. 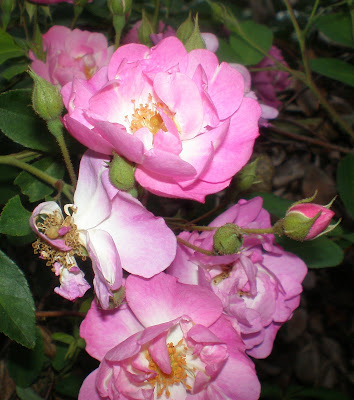