Magnets have polarity. One end is positive and one end is negative. If you try to place two magnets against each other, they have to be in opposite positions, otherwise they repel from each other. Flip one around and then the magnets cling to one another. Take a stack of magnets and they will all adhere to one another, as long as they alternate polarity.

People are similar. I don’t mean to compare positive vs negative regarding human qualities. But, when people approach each other, connections and attractionÂ are the basis of the magnetism, the synergy between the two objects.Â If one person is angry, the other cannot approach from a point of anger…..or they repel one another, forcing each other away. This is an oversimplification, but a good example. It makes connections literally impossible. It defies physics. Â If instead, one makes the conscious choice to turn around, flipping their energy, Â they allow a connection.Â Â If you can get close enough, then the attraction is initiated and there isÂ a blending of energy.Â Cooperation. Each magent is separate,Â individual and able to separate away. Stacked together they areÂ tandem; they function as a solid unit. It is a beautiful thing.

Now, magnets occur naturally. Ore comes out of the earth magnetized. That tells me that ATTRACTION is the fundamental, natural state. Repelling each other defies nature, defies love and is unnatural. It also requires more energy. Imagine holding two powerful magnets. Try to force them togther. It is impossible and a waste of energy. Flip one magnet around and……voila! They stick. The natural order is for things to stick, to cling, to adhere, to attract. To group. A magnet is only defined by another magnet. If it never tries to make a connection, never encounters another magnet…..then it is simply a hunk of metal. If done correctly, a group of magnets can be so powerful as to magnetize non-magnets. We have all seen that slightly magnetized paperclip…….regular metal desire the magnetism……acquires the attributes of the magnet. Magnets do not lose their potency by being around non-magnets.

When we encounter a situation where their is this repellant force field……shouldn’t we just turn away, turn around, flip? The repel is not negative……it is not to be judged as BAD or WRONG….it is just rammed right up against our own similar force. And it cannot be overridden. It is just better to flip. Stick together and add up all of our strength. Later we can pull apart and go our separate ways…..and make other connections. 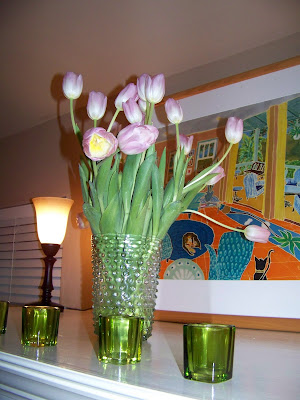