There have been a few things in the news lately that tumble about in my brain. Often, it is not the big news, it’s not the bombing or the tsunami or a(nother) police shooting. Human stories catch me, the ones that bring out the trolls who are more interested in spewing their hate and fomenting discordance. The other thing that catches me are the tidbits of pseudoscience tossed out for consumption, treating us like a cluck of pecking hens with not brains of our own. And most people have no brains. They gobble up the pseudoscience from Dr. Oz and that horrible pharmacist column in the newspaper who likes to promote vitamins and natural remedies.

So let me start with the story of Professor Rachel Dolezal. She is a professor at Eastern Washington University in Washington state and she did her graduate work at Howard University. She has a degree in African Studies, teaches such and was recently elected (after working through the ranks) to be the president of the Spokane Chapter of the NAACP. And apparently she is white. A white woman passing herself off as black. Yes, she is a liar. And she has some truly awful parents who, after years of knowing their adult daughter has been living as a black person, decided to out her by making the rounds of TV shows. The story should be as much about these awful parents.  But people HATE this woman. She has been vilified in the media and through the internet. But I want to pause and ask……why has she done it? She left the ‘white world’ and crossed over. Don’t we want to know why? And not the sound byte why but the real why, the complicated, messy, illogical reasons that are hard to digest. Why did this fair skinned, blond haired girl – smart enough to earn a doctoral degree – shed her whiteness and live as black. She hasn’t been living a lie. She assimilated. She just got elected the PRESIDENT OF THE NAACP in Spokane. By the members-at-large in Spokane. We have all kinds of ugly words and phrases for black people who betray their people to help white folks. Uncle Tom comes to mind. But as a white person, I do not feel betrayed by this woman. But, it seems like a segment of the black community is furious about this. They see no compliment or grace in this woman identifying as black. I know, I know, she can “go back to being a white woman”. But I do not think it is that binary. I have a friend (a white woman) who fifteen years ago had a biracial child with a man but that relationship did not last. But all her subsequent relationships were also with black men. That is what she prefers? Also, white man couldn’t quite handle meeting the child and dealing with the reality. And could anyone say that my friend has no concept of what it means to be a black woman? Her daughter IS a black woman – with a white mother. This issue is so deep and convoluted, the real dialogue is being lost in the fray of hatefulness. How are we to become a more compassionate and loving society when we refuse to permit one to reside as another, with another, among the other? We have a black president but he is both TOO black for many white folks and not black enough for many black folks. He is in-between. And what a strange place that is.

I won’t settle my brain’s churning of this by a mere blog post.

The second issue is one of these ubiquitous Uber facts that pop up on Facebook. The factoid – or rather psuedofactoid – is that neurologists have stated that every time we resist acting on our anger we are rewiring our brains to be calmer and more loving. My issue isn’t with the cognitive behavioral training technique. I believe that it works. My issue is with the correlation of CALMNESS and LOVING. Loving is an EMOTION and calmness is an action, just as anger is an action. I am splitting hairs and picking at small things but these small inconsistencies lead to the inaccuracy of truly knowing yourself and your character. I can be loving while in the full throws of fury. I love my child when I defend him against bullies. I can love my country while being at war. Loving is not a placid state of being. Christ so loved this world that he sacrificed himself. The Passion of Christ, his LOVE for all mankind is a most gruesome and brutal event….and yet one of pure love. So f*ck CALMNESS.

Okay, now I feel calmer for ranting a big, purging a bit. 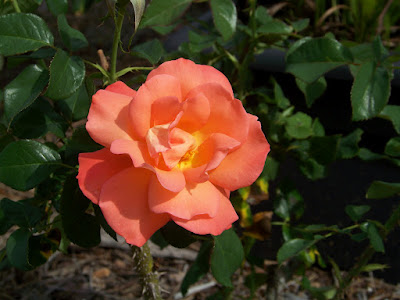