The aerial view of my childhood neighborhood belies a stillness that never existed. Cutler Ridge or The Ridge as we all now affectionately call it, was a swarm of activity. This was my home. It’s impossible to accurately account for the number of children in the area east of US1 and ranged from Galloway Road (SW 87th to SW 212ST). When Saga Bay was built, we extended The Ridge to include everything east of Old Cutler Road, which had previously been mangrove and tidal water. When the county built Southridge High School, The Ridge expanded to the west side of US1 and annexed South Miami Heights. Every house had kids. Most homes had three kids. Many had more than three. It made for county-run summer recreation programs that were huge, larger enough for Shorties, Juniors and…..whatever they called the high schoolers. The neighborhood was so densely populated and the families so highly reproductive, there were enough kids to field an entire optimist football league (from Pee Wees to teens teams) called the Palmetto Raiders with accompanying Raider cheerleaders. Khoury league baseball and softball with ages from early elementary through high school. And, there was Cutler Ridge soccer for boys and girls. The pool at the county park, which was right across the street from my house, has a AAU swim team, too. There were serious kids. Everywhere. And no night revealed just how many kids better than Halloween. When we were little, one parent would chaperone a group of kids around “The Block” which meant we walked the sidewalk around our boomerang shaped block and also into the cul-de-sacs on the opposite side of the street. There were so many kids, the sidewalks were packed. I remember just running across each front lawn (and sometimes through unfenced backyards) to get to the next house.

When we were old enough to trick-or-treat alone, the range expanded. Down Bel Air. Over Marlin. All the way to Cutler Ridge junior high. Over the footbridge. Over Caribbean to that odd church with the metal pole cross in the front lawn where my oldest sister had girl scouts. Hundreds of houses. We’d carry a pillow case and head home when it was FULL and too heavy to carry. We were free and unattended and from my memory safe.

Last night, Evan and I watched The Arrow and ate ice ream and Reese cups. I had two. He had too many to count. It was a good but quiet Halloween night in my new Ridge. 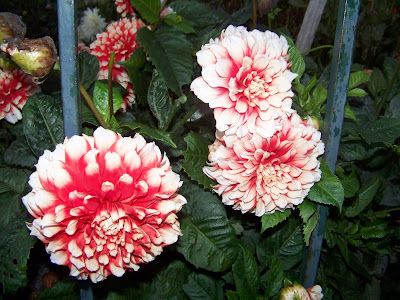