I thought World of Warcraft was addicting. Forget WOW….the Ridge Rat group on Facebook is addicting. I grew up in a part of unincorporated Dade County once called Cutler Ridge and now called incorporated Cutler Bay. I don’t live there anymore. I left for undergraduate college in 1984 and when I returned from Washington, DC my parents had built a new house out in King’s Grant near Country Walk. We didn’t live in “The Ridge” after that. I graduated from University of Miami in 1988 and then moved to North Miami Beach-Aventura area. Five years later I moved to Charleston, SC and finally settled here in good ole’ Gainesville.

I am a Florida girl. But more so, I am a Ridge Rat. And while I do not live there….that place formed me. It is undeniable. The neighborhood I lived and grew up in was an incubator. We were “free range” kids. If you lived south of Colonial Drive and north of SW 212 street, you were a Ridge Rat. And by the traffic on the Facebook page…..we’re a proud bunch.

We had a public park with a park director that touched every single one of our lives: Penrod. The park program and the public pool was right across from my house. We had a Khoury league with both baseball and softball and sent many a boys onto college and professional baseball leagues. We had a football optimist, The Palmetto Raiders, that fed into the area high schools and that fed into pro football. We had a soccer league that sent boys onto professional soccer leagues and many college scholarships. We had a national championship marching band, a high school creative dance troupe, a swimming league and a synchronized swim team. And so many kids that on Halloween night you quit trick or treating when your PILLOWCASE was too full of candy to carry. We had national merit scholars and more kids go off to college that I can count. And high school was only three years and there were over 1500 kids in my highs school the year I graduated. Within a 10 mile radius, there were three other high schools equally as large.  And families had 2-3-4-5 siblings so you had kids in multiple grades. And everyone knew everyone. By name. By house. By car. By the sport they played.

We lived in the shadow of the Homestead Air Force base and the Cuban missile crisis. Also the Mariel boat lift. We also lived through Hurricane Andrew.

We were barefoot, bike riding, wide roaming, free children. We walked to school (you only got to take the bus if you live more than 3 miles away from school). Busses were for losers. We walked or biked everywhere. Or got towed on someone else’s bike. We left home in the morning with a quarter in our shoes (for that emergency pay phone call) and came home when the street lights came on. And we were were ALL marginally delinquent…even the best of us pushed the envelope of legal and safe. Some pushed more than others. The bay was close, Biscayne Bay out of Black Point, just north of Turkey Point nuclear power plant. Our neighborhood was crisscrossed by Army Corp of Engineer dug canals, which gave us plenty of bridges from which to jump….and most of us did jump.We were fearless.

This place was something of an incubator. We had freedom. We explored. We vanished and found our way home. It made us brave and taught us the meaning of tenacity. See to be a Ridge Rat was to be looked down upon….by the kids who lived NORTH of Colonial Drive. We were lower class than them. Our houses weren’t as fancy nor our parents as well educated or employed (in general). And most of our parents came from other places, so we were all NEW to Miami. Now roots. So we all put down roots FAST into that craggy, limerock terrain. We all lived in essentially 1 of 4 house models, or their chimeric equivalent. The Ridge gave us an instant identity and the confirmation we belonged.  The “ingredients” gathered in that childhood made for a scrappy formidable lot. We are survivors, originals, authentic and tangible. It was a wonderful place to have my roots planted. And even as I moved away, I carried it with me. I still carry it with me. You never really leave the Ridge. 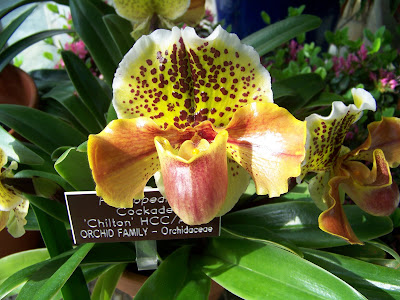