It’s been a ridiculously busy week. I have today off from work and a long list of to-dos and wanna-dos. I have a relatively short list of have-to-dos and those are the things I want to avoid. But, I will tackle them first and get them out of the way. I promise.

I woke at 5am from a very strange  dream. I know the dream was triggered by the Netflix episode of Numbers I watched with the boys last night. It was all about an mmorpg game called Primacy (more like Mortal Kombat meets World of Warcraft). So the spark for the dream is identifiable. [Disclosure alert: I played World of Warcraft for a couple of years quite avidly. I just can’t terminate all connections, cancel my account or delete my main avatar, Faustina. She was a Night Elf Hunter on the Duskwood server, for those in the know.] Anyways, I dreamed of Bearsclaw, a fellow gamer and a guy in my guild. In my dream, Bears is getting married (roflmao) and everyone from within the game with who we’ve played are showing up for the wedding. Some are edgy and are tattooed others are middle aged and driving cars towing silver Airsteam campers. And they all brought their kids. Then Will Ferrell shows up with his schtick. And then everyone is singing and doing a dance number across the field…..like Glee. Except I don’t watch Glee. Now, I have weird dreams. But rarely do I have funny or silly dreams. They are usually equally dense and layered, hi-def and 3-D….but usually dark. Anyone from my old guild that reads my blog will laugh heartily over my dream about Bears. I woke from the dream thinking about all the people I played with for a few years.

Oddly, in the last few days, I have gotten drawn back into my early childhood, too. My old neighborhood in Miami was called Cutler Ridge. And all the kids who lived there are called Ridge Rats. And the Ridge Rats have a Facebook page. And Holy Crap….talk about coming out of the wood work. And so it has been a bit of a nostalgic week. Hearing voices from the past and remember things long gone. And at some point I realized, I have made peace with my past. It was a good childhood. And what I remember isn’t far off from what everyone else is posting. But, it was a long long time ago and…well…we all grow up. We change. Cutler Ridge was a terrific incubator. But, I don’t want to sit like Harry Potter, in front of the Mirror of Erised. What I love and what will make me happy doesn’t lie in the past. But the past has a way of creeping in and taking over. It commands attention and we often acquiesce by default or reflex.

This week I spoke aloud to a confidante: “I have a choice. I only have energy at this time for one thing. And of my choices, one keeps me looking behind and into the past, which I cannot change or rewrite. The other is the future and what I dream about. That’s the path I choose.”

Revisionism doesn’t really work. People know when you are rewriting history. There are always eyewitnesses that can come out of the wood work and pop up on Facebook and hold you accountable. We are rarely alone except in how events make us feel. But the future? The future is yet unwritten. And it is where I prefer to invest my energy. 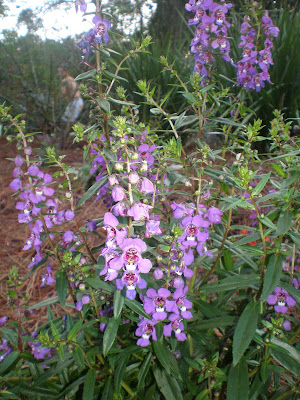