In the professional world, you can collect degrees and certifications behind your name like an alphabet soup. Sometimes, only fellow physicians can identify and decode the additional degrees and fellowship designations. The same applies to every licensed and certified professional. I couldn’t begin to explain my sister’s real estate alphabet soup. We like to tag things. I’ve written about nomenclature before. I am a sorter. Some people are lumpers and people like me are sorters. I am Sesame Street’s poster child. All of these things are just like the other except one of these things just doesn’t belong. In the MMORPG game, World of Warcraft, you can earn a title that bobs around your head while you play. Some players wanted warrior titles or diplomatic designation. I wanted to be the explorer, running or flying around and uncovering areas on the map searching for a grotto or hidden mountain top. I am sure in some cubbyhole in Langley there are behavioral scientists culling the click and decision-making data for online gamers…..searching for those brilliant minds that the initial standardize testing programs found in the public school systems in the 1970’s….and LSD found on the college campuses.

I am not saying I am a brilliant mind….just a conspiracy theorist…..or a adult with a remnant of a vivid, freakish imagination. Approaching 45, I am keenly aware that my brain ain’t wired like most peoples’. I dream in Technicolor, Dolby, 3-D, 4G lucidity. When I am awake, my CPU keeps running in the background, like an AVG antiviral scan, compiling data and processing stuff. What stuff? I have no clear idea until something percolates to the surface and then I have something fully formed and actualized. That is how the narrative thread for my book happened. And my house plans. And my newest quilt plans. And my second book is bubbling and gurgling , like those fine bubbles on the bottom of a stock pot, adhered to the heated metal. You stand and stare at them wondering when they will detach and rise to the surface, waiting for the rolling boil to finely begin. I think psychologists and psychiatrists call this Attention Deficit Disorder. When I was in first grade, Mrs Durham called me incorrigible and gave me checks in self-control. The 1973 code for hyperactive. My parents threatened to seize my most prized possession: a purple bike with a sparkle white banana seat, U-shaped handle bars with long white tassles on the white sparkle hand grips. The bike frame was perfectly designed to allow clothes pin attachment of playing cards to flap-flap-flap on the spokes of the tires. That bike was going to the Repo Man if I couldn’t bring home a report card sans the check in self-control.

I learned to control my behavior.

I ingratiated myself to the teacher who gave me every imaginable chore in the classroom. I read over a 100 books that year…”big books” checked out in stacks from the public library down in the old Cutler Ridge Shopping Center. I learned to LOOK calm in 1st grade….until I got loose. Anyone who wants to know what a psycho, dynamo, terror I was need only ask Robert Rodriguez; that poor boy had every class with me from kindergarten to 5th grade. I learned to behave. I learned to keep my mouth shut. I learned to sit still. I learned to filter and censor. I learned to edit. Now, oddly and ironically, people say that I am cold, distant, hard to read. I can’t see it, I don’t FEEL that way. I know I am not those things. I may look and appear so, but I am a bouncing, ricocheting rubber ball in a glass room in my head: eager, happy, enthusiastic, silly and running a mile a minute. The incongruity is disarming. I know. I have watched people’s eyes glaze over the first time they get a full dose exposure of me. They assume I am one way…the way I appear…..when really I am so much more. I was trained to be this way, expected to fold it up and shut it down. Be still. Be still. Be quiet. What you see is not what I am. This is likely true for most people…..but for those people like me who grew up in an era when hyperactivity wasn’t medicalized….behavior modification took care of conforming us to expected norms. It is conditioned training that is Pavlovian and hard wired. It is only around other people, like minded that we find affinity. The resonance is amazing. Get a few hyperactive adults like me together and we all pop open like Jack-In-The -Boxes. And then the magic starts, like pinballs we amplify each other. BUt the second anyone……ANYONE….squints at me sideways and gives me that LOOK, the look that I interpret as “calm yourself”…….I fold it up, shut it down, reel it in and collapse. I can be a good girl. I know how overwhelming I can be, know how exhausting I was for my mother, likely my ex-husband and sadly for any new friends I make…..because they are going to meet (and like) the calm Lisa, the presentable, hold-it-together Lisa.

And that Lisa needs to get her ass out of this chair, finishing getting ready for work, get the #1 son to school and go do that REAL JOB…….I have to set all THIS on standby, sleep mode and focus on the job. 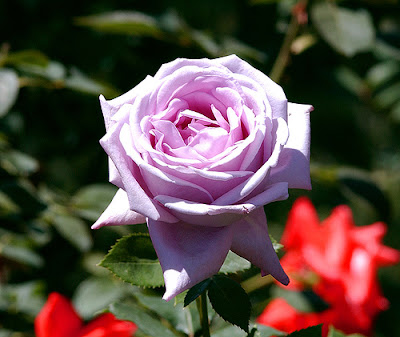