One of the readings at Mass yesterday was Samuel speaking with Jesse about his sons. Directed by God, Samuel knows that God intends to pick a new king from among Jesse’s sons. And Jesse presents his sons…the ones he thinks are eligible for the selection…..the MEN. And yet, Samuel has the gall to say, “Yeah, don’t you have any other sons?” Seriously, I hear the voice of a picky customer speaking across the butcher counter, disregarding all the prime, Grade A, Choice select cuts of the most top grade beef ever presented and saying, “Yeah, ain’t you got nothing better?” And Jesse says, “Uhhh, all I have is this puny, runty, scrawny thing. He’s just a boy. A child. We left him with the sheep so all the real men could be here.” And can you believe it? That’s what Samuel selects. And sure, Samuel is getting Divine directions. Samuel shows his disinterest in the first offerings and makes his outrageous request of Jesse at the behest of Jevovah. I doubt any of us couldn’t select from among Jesse’s fine offerings. We, as mere humans, would never think outside the display case and ask if there is anything better, anything else. But God wanted the veal. An unpopular choice, a choice that makes no sense and runs against the grain. Samuel must have looked a fool and had he not been standing there with a horn of oil…something likely equivalent to a Jedi lightsaber…Jesse might have been offended and tossed Samuel out of his house yelling like the Soup Nazi, “No sons for you!”.

Greatness comes from unlikely places. A king from just a boy.

Jesse had no control over Samuel’s selection. Samuel had no choice over the selection. He was an obedient servant, mollifying his own opinions and will and asking the most absurd question while standing before a great man and his six, strapping sons. Samuel knew he must look mad. He set aside his pride, fear of humiliation and the rebuke he may have only heard in his own head and followed Another’s will. Greatness means to serve, to serve another’s will, another’s intentions and another’s methods. But greatness also can mean to intentionally and willingly accept the OTHER road. When you think you know where you’re going, the other path presents itself. And it may be the foot trail, overgrown and uncharted. You’re asked to go off road, off map, without the assistance of Google Earth or a GPS. You risk wandering in the desert for 40 years. The path clearly before you is EASY. It looks easy. Eight lanes, high speed, well lighted, well traveled, roadside assistance and OnStar. Exits clearly marked with obvious places to rest, refuel and eat. What fool leaves that?

What is the real destination? Does AAA do a trip ticket for where you want to be? 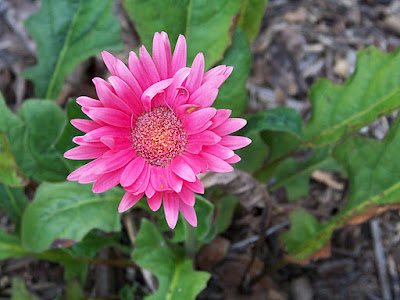