I return to work this morning, having been off since last Friday. A staycation they call it. At the beginning of the break, I felt certain that a staycation was an unwise decision. In the house of my youth….10145 SW 200th Street….our kitchen had a junk drawer. Right beside the exit into the garage, just below the phone and the microwave (which was large than an average dorm fridge). The phone hung on the wall and had a long cord that often obstructed the drawer from being closed. That drawer contained every odd or end a kitchen accumulates but that should probably be thrown in the garbage. But you don’t need to clean out that junk drawer to have a working kitchen. Last week, that’s how my head felt.

I benefited from the time off. I decluttered my head. And while I didn’t need to clean out the clutter, the psychological impact is profound. I am a Dwell girl, a Martha Stewart fan I love Geninnie’s  Casa Azul. I like order and consistency. I am not OCD (said a bit too emphatically). I respect the wisdom of a clean and streamlined workspace. Since much of my  “labor” is cerebral, having a decluttered brainspace matters.

Having a newly cleaned space allows clarity of thought. It also permits dedicated thinking about “luxury” issues. I had time this past week to ponder and discern, not cerebral tasks amenable to fast pace processing. Discernment isn’t emergency room trauma care. It’s not life-and-death decision making. But discernment IS the kind of thinking that resets a system and gets everything back on line. Discernment is the equivalent to a Microsoft Update. Everything works smoother with everything updated.

I tackled issues that slither away and I am avoiding. Issues that Tony Robbins would built an infomercial around. These are issues that construct a path of greater resistance and energy prefers less resistance. Except what I want, that which I aspire is down the road filled with speed bumps and twisting curves. This week I realized something…….I heard the message……I am SUPPOSED to slow down and enjoy the scenic drive. Take the speed bumps at 5 mph not 50 mph. You only ruin you alignment if you accelerate or refuse to slow down. I have a map. I know my destination. There is no interstate highway bisecting where I am headed. It’s a backroads, two-lane country locale. I have a fantastic sense of direction, I can look at a map once and understand the lay of the land. Drop me in a strange or foreign city with a map and I am good to go. I am also humble enough to ask for directions.

I got my map this week. I know how to get where I want to be. I have graduated past the simple daydreams of a traveler. For a long time I have said, “I want to go there. One day, I want to see that.” After this week I can say, “I am going there. I’ve picked a date. Between now and then, this is what needs to happen. And then, I’ll set off on my new adventure.” I am doing this! No more daydreaming. 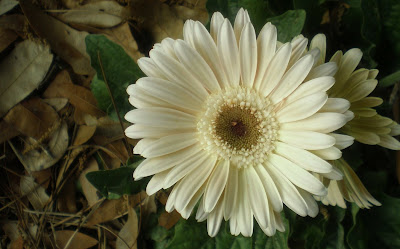