It’s raining, the water spilling off the roof along the eave. The cats sit in the window and watch the small waterfall crash against the rocks outside.

I woke with a gripping pain and couldn’t roll over. Sitting on that wooden dining room chair yesterday couldn’t have caused this glitch in my skeleton. I fade back to sleep only to be brutally flung awake as my bedside lamp crashes to the floor. I spring from bed, the startle overriding the pain. Adrenaline works.

The lamp is fine. The cats are fine (I didn’t kill them or even yell). I think my skeleton may be better but the jolt of adrenaline at 6:53 does not help me combat the ominous dread and apprehension in the pit of my stomach. Adrenaline is like fuel on a fire, growth hormone, amplifier or magnifier. Unlike alcohol in a flambe, it doesn’t burn away so easily….at least not the cascade of physiological responses triggered by the adrenaline rush.  Adrenaline is a solitary phenomenon. It busts up the herd. Everyone fends for themselves just trying to survive. And why do I have to keep deciding if I want to survive? Why do I keep having to tap into the reserved energy within my muscles for that burst? Anatomically, we are hard wired for fight or flight because of  FEAR. It is a trifecta no human can completely override or disengage. Staying and fighting takes courage and maybe a sense of greater purpose. Fleeing also requires a particular kind of recognition of the hopelessness of the situation….live to fight another day.

All triggered by fear….fear creeps in like an odorless gas, stealth and undetected until it is upon you. It is a spark made by flint on stone. Your skin prickles with goose bumps, the back wall of your conscience vaguely itches and then it springs at you. Fear can taunt. It stalks. It explodes. We don’t FEEL fear…fear just is.  Fear is like thirsty, hunger, lust, pain or being sleepy. Base, fundamental, root components of human anatomy and physiology. On the most primitive plain I can rest if I am tired. I can eat if I am hungry or drink when I am thirsty. But fear and pain are not things easily satisfied or alleviated. It is in the attempt to make sense of fear or pain or lust that we begin THINKING and emotions evolve.

And now an hour later, as I parse through the sensations caused by adrenaline and think about the multitude of pathways the adrenaline could flow…..I burn it away. It dissipates. I have dismantled the trigger and halted one of the usual conditioned responses. I have allowed for a third option beside fight or flee……I have utilized diversion. And in the time I have written this post, the physiological response so instantaneously triggered by fear and adrenaline….has dissipated. I didn’t feed it, nor did I starve it. Fear loves a good backdraft. No…I just waited. And like the rain that pelted my roof sending a deluge to puddle outside my window but has now slowed to a soft and gentle rain, fear has also thinned and quieted. And like the forecast for this morning…fear doesn’t last long. You just have to ride out the storm.

Other archived posts I have made on this day, Dr. Martin Luther King Day or about the idea of freedom. 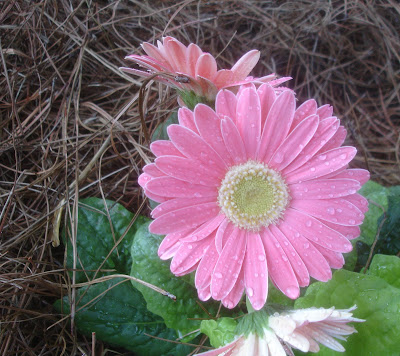