Last December, The Rolling Stone published their updated top 500 songs. I sat with my mother, oldest sister and a couple of laptops and listened to clips of ALL these songs. I wished that a compilation of the 500 was sold in a boxed sent…preferably NOT digitally remastered. My memories of rock and roll are from  music captured with a black transistor radio with a shiny, silver extendable antennae. We could get WQAM without any static. Later we had FM stations Y-100 and WSHE. My oldest sister graduated from high school in 1977, my middle sister in 1980 and me in 1984. For me it meant the best bookends of music possible. Hovering in the back ground as Chrissy and her friends Jessie and Kristy played Knights in White Satin, Led Zepplin, saw the movie Tommy and Lynard Synard in concert, and talked about things beyond the lexicon of 5th grade. I would sit on the cold terrazzo floor in her room, my bare eight year old legs kissing the floor, while she laid needle to vinyl. Then disco came and her rebel of a boyfriend, whom my parents disliked so completely it made him cool, showed up. He drove a souped up GTO with mag wheels. He wore really tight pants and platform shoes. Starsky and HUtch were on TV and my sister’s boyfriend could have been a cast member. He could dance like a black guy…did I mention my parents really disliked him? I had a terrible crush. Why are little girls so drawn to danger?

My sister Debbie’s first concert was Peter Framptom while we were visiting Granny in Mobile, Alabama. My dad took her and passed along the communal joint that the guy sitting next to him shared. They didn’t partake but Debbie got an education that day. Debbie was in band and that band crowd danced, too. Disco was in high swing….along with Star Wars, Charlie’s Angels and Barbizon beauty school. Everyone wanted feathered hair like Farah Fawcett, boobs like Bo Derek and gold necklaces. By 12 I knew what sexy meant.

I am not sure my sisters were aware at how stunning they both were. As their little sister, I was captivated. They were cool and I wanted them, I wanted to be them. Chrissy was a brain, was a leader in modern dance, had her own car and freedom. She had a job and MONEY of her own. Debbie had this fantastic hair, amazing hands with fingernails to covet and was so scathingly funny she could make me pee my pants. And she had so many friends, holy cow; she was so popular and extroverted. I felt special whenever she included me.

So much of my memories of them are wrapped up in music, sound effects and junk food. I have written about these things before. And here.

For me, music was a disturbing mash up. It is no wonder I cannot define myself as non-hispanic white. I listened to Tony Orlando and Dawn. I pressed the yellow plastic spacer into the center of that 45 rpm record and played the Yellow Ribbon song so many time, I think I did a Waco on my mother. She stood in the door frame of my bedroom weilding a kitchen utensil and shouting, “Go OUTSIDE! You are making me crazy with that damn song!”  She probably should have left us alone, because we then came home with the Sugarhill Gang’s Rapper’s Delight. And I succeeded in resuscitating my mother lamentations about THAT NOISE. In a recent  NPR  interview with the author of The Big Payback, I was reminded of my true love of rap and hip hop.  I remember standing on the PE court, waiting for the back gates for Cutler Ridge Junior high to open up and a bunch of us singing and mimicking the Sugarhill Gang. The lyrics are forged indelibly into my mind, I sang the song as a lullabye to my first born. [My sister-in-law, Beth, sang Copacabana to her daughters, my nieces.]

I got tripped into this reminiscence after watching a link posted on Facebook by my high school English teacher, Mitch Kaplan. Long story short, he owns Books&Books and shared something from the Miami Bookfair: the introduction of Patti Smith. It was a poetry flash mob of Patti’s favorite poem and really wonderful….so I open iTunes and pull up Patti Smith. Because the Night. Her influence and impact is undeniable. I hear Tom Petty and Fleetwood Mac. I hear Sheryl Crowe, Alanis and Sarah McLaughlin. I also realize that childhood is a potent force. Patti Smith won book of the year for her memoir about her life with Robert Mapplethorpe…..childhood is the ring of fire in which we are all forged. And every American childhood has a soundtrack. 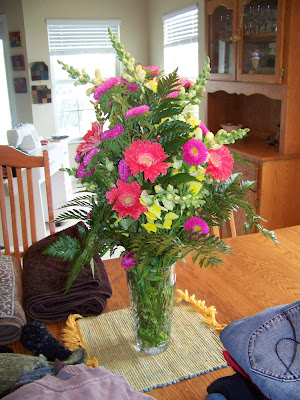