I am impressed with people who set goals. I make lists. Lists are immediate  or nearly immediate goals: wash car, pick up dry cleaning, buy deodorant. Goal setting is an entirely different endeavor. Goal setting is not something done with a pad of paper and an eyeliner pencil while putting on make-up. It is not your grocery run for the week. Setting goals requires discernment. Discernment requires mental space to process and manipulate. Discernment is a the mental equivalent to Braille. You have to touch things, process what you feel and then interpret the meaning. Only then can you prioritize things. My sister sets goals. She has gone to coaching seminars. She actually attains many of her goals. Is this because she makes the list? Would she have successfully completed the same tasks with out the list? Likely. But, she wouldn’t have the satisfaction of checking things off.

If there are things you want to do in life but you don’t even bother to put them on the list, how can you be assured you will work towards the goal? Tara @  Tea & Cookies challenges herself. She has let a few opportunities slip past her and she is disappointed…in the missed chances and in her own failure to ACT. I read her post and then jumped to her links. I read The Mighty List with great interest. I have a very ill-defined Mighty List. I realized that I want to make my personal Mighty 100 List and I will share. It is easy for the list to fill up with place I want to go or things I want to see. But, shouldn’t a Mighty List also have less tangible things? I know that there are emotional states I desire to achieve as much as I want to see the Mona Lisa. I also feel that anything that I have already accomplished from my Mighty 100 should be replaced with NEW things. Since I am only now, at 44, writing my Mighty List….is everything I have accomplished disqualified? It’s my list and I make the rules. I can only count things done since I have been a sentient person. Since I asked Fr. Aiden Hines if Jesus was possibly an alien and that His resurrection was the Divine equivalent to “Beam me up Scotty” when I was 12…I will only count the last 32 years and the future .

I read Maggie Mason’s list and wondered….do I only put things on the list that have decent odds of attainment? I really do not have any desire to climb Mt. Everest or silently sleuth through the deepest oceanic crevasses in a nuclear submarine. I would like to go into space, though. And maybe if I spend some time daydreaming about all my Mightiness, I can better delineate what I want to accomplish in the next six months.

I have done some pretty spectacular things already. I was pregnant and gave birth, twice. I nursed both of my children. I have held a beating heart in my hand. I have resuscitated a person and also declared a death. I competed in a national sporting event as an amateur athlete….and brought home a medal. I earned a scholarship to college…and medical school…based solely on my merit. I have written a novel. I have received Communion on Easter Sunday in St Peter’s Square at the Vatican (from the late Pope John Paul). I have stood 12 inches from a Caravaggio and a Botticelli. I have stood in the Coliseum. I have also done some pretty crazy things. I have fainted in public. I have been knocked unconscious. I have jumped off a bridge. I have fallen in love. I have keyed a car. I can shot gun a beer and can tap a keg. 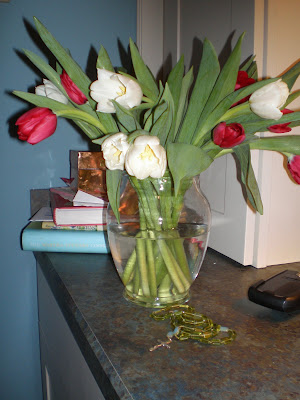