When I was little, we played a game called Pick-up sticks. We tried to remove long, multicolored sticks that could best be categorized as wooden toothpicks of growth hormones and steroids. If you moved any other stick during your turn at pick-up, you “lost”. Losing meant you didn’t get to keep the stick you were trying to motionlessly remove. The person with the most sticks at the end won. You always started with picking off the easiest sticks, the sticks not even on the main pile. No brainer picks. No fool would intentionally try to take a stick from the bottom of the pile. No one intentionally sacrificed their turn to “re-set” the pile, making it easier for the other players to pick-up. Play as children never involved the sacrificial offering, suicide bombers or hostage swapping. That’s because children have natural bullshit meters. Granted, when adults told us to do things that were so obviously boneheaded, we still did them. We did them because we had no power; the grown-ups made the rules and the consequences of not obeying were swift and non-negotiable. But, as children, we knew very clearly who among the adults just didn’t make sense.

Where along the developmental process do we lose that childlike clarity and brutal honesty? When do we disconnect our bullshit meters? And if we do not disconnect them, how did we silence the alarms? We see the nonsense and ridiculousness, but we no longer call the spade a spade. We are all now adults, the ruling party, the grown-ups, yet we remain quiet. Why?

Is it because the hierarchy does not change? Is it that while I may now be a “grown-up”, there are bigger and higher grown-ups above me? Or is it that when we jump the broom and land on the other side of “life”, we accept the code of silence? Is it that the pile of pick-up-sticks is so much larger, that to make a mistake has far larger consequences? And why is it as adults, we WILL take the hit. We will make a sacrificial offering. We do give up our turn, so as to make another’s turn easier and effortless. We give them the gimme. And we do it usually thinking it benefits the greater good. Too often it just benefits the guy who gets the gimme. So why do we keep giving? On the playground, this would never, ever happen. Only the bully can get another kid to take the hit and give the gimme. Only a Bully can manipulate and terrorize so as to never have to have their own lunch money. But, in adulthood, the bullying abounds… but we don’t call it bullying. We call it “being helpful”, “generous”, “cooperative”. And these are great concepts if the collective functions as a cooperative, collaborative community. In that idealist realm can be no stratus of grown-ups and kids. No bullies and marks. No haves and have nots. In the Utopian world, we all bring ALL that we have to the table. We all share. We all benefit. If we all bring everything to the table, then during those times when one among us is tired or short, it isn’t missed. And during lean times, we all eat less, rest less and share the weariness in equal measure. No one gets a free ride or free meal if they are not contributing. Not for long. The collective notices the mooch. The collective doesn’t tolerate the parasite. And there is a profound difference between charity and expectation. It is the bully that expects the gimme and will beat you to a pulp if you do not give it up easily and without resistance. The difference in adulthood is that the bully is not so easily identified. So often they are clothed like the weak or the injured. They beg and call to the charitable hearts among us. But, fail to answer their neediness and they snarl. Refuse to give them what they want and they attack. Entitlement quickly transforms to rage and so often, like in childhood, you end up flat on your back with a bloodied nose and loose teeth sans lunch money, new baseball glove or bike. But the beauty of being on this side of growing up? I can just change playgrounds. I am not trapped in the neighborhood my parents chose to live. I can call the authorities and lodge a complaint without permission. I can play somewhere else. I can move away. I have power of my own and I do not need clearance for its use. I can turn my Crap-O-Meter back on.

I want to believe that in THIS world, five loaves and three fish can feed thousands. And I believe in that miracle, for it is a miracle. Through divine intervention, supernatural powers made something out of nothing. Poof! Food and water for everyone. I do not believe that this was simply that the collective on the hillside “just shared”. That instead of hording and holding back, that they poured out all their stashed and secreted food. I can believe that everyone on that hillside had enough for their own clan PLUS ALOT more that they were protecting and concealing. I just do not believe that EVERYONE brought everything to the table, put EVERYTHING they had in the baskets being passed around by the disciples. Even the disciples doubted and tried to talk Jesus out of the notion that everyone would share everything. Nope……Jesus performed a miracle that day. The miracle was in the BASKETS, not in every single heart on that hillside. I just do not believe in mass conversions; Jesus was not a cult figure. Transformation happens one heart and one mind at a time. The loving heart is a heart given to GOD not to MAN. And God does not ask us to sacrifice to save others. HE DID THAT for us. Jesus said…..Love….and love yourself as I have loved you. And no gimmes and no bullying. 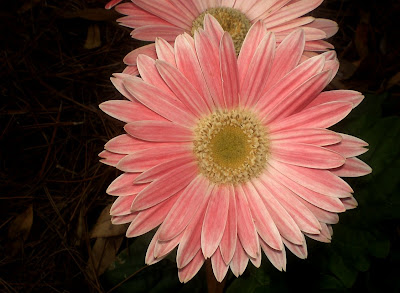