I started out yesterday upset. I lamented to my sister, “It is only fun to be Cinderella if you have a Fairy Godmother.” If you don’t, you are a forgotten, neglected, mistreated girl who has to take care of everyone else and never gets to go to the ball. You don’t get the fancy dress or the glass slippers or the make-up, hair and jewels. And while you may have some adorable critters to keep you company, it is just not the same as twirling around the ballroom in the arms of Prince Charming. But why is it that Prince Charming seems the hero in the story, when it is really the magical Fairy Godmother. And guess what girls….there ain’t no such thing as magic.

We make our own magic.

Initially, the day did not improve. I did that thing where I add extra hours at the office….when I would otherwise have had the day off.

DAY OFF! Am I nuts? Always the helpful girl. Always anticipating needs. Always having contingencies. It is what makes a good servant, the best servant according to Helen Mirren’s character in Gosford Park. And I have no qualms about serving. What I do for work is a vocation of serving others, and I like it. But, damn, a Fairy Godmother would make MY life a little easier.And not volunteering for more work hours!

So by the mid afternoon, I was ready to get out of Dodge. My posse (sister and our sons) were headed for a quickie trip to Sea World and a Hilton hotel with an epic pool. We arrive along with a classic panhandle thunderstorm, the squall line replete with lightening and the swirl of wind that could become a tornado. We also arrive along with a massive contingency of Star Wars fans for the largest Star Wars convention in the country. We don’t need to go to Universal Studios or Disney to see a character parade. Seriously. Out hotel lobby looked like the Cantina except the guy playing in the bar was playing the Harry Potter theme song. Let’s just say it was amusing and great people watching.

By bedtime, we had eaten well, had a few adult beverages, chilled in the pool’s hot tub while the boys swam and floated down the lazy river. The only problem was I have to finally accept that my babies are NOT babies and we three cannot share a queen sized hotel bed any longer. And they are monsters about real estate. Now, a Fairy Godmother could make that queen sized bed into a king or make the room like the Weazely’s camping tent. But, in the end of the day, it was a good day. So good, I forgot to post and I didn’t mind sleeping part of the night in the chair.

We make our own magic. 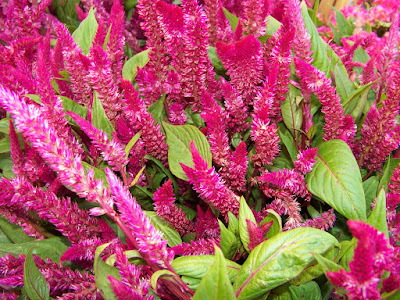