A clever, reproducible study was done recently. It’s goal was to assess why people get hungry and what effects hunger. The fed snack bars to college student volunteers. They told one group the bars were “healthy and high in protein and fiber”, they told the other group they were “tasty snack bars”. There was a control group that they did not feed. Three hours later they asked all of them to rate how hungry they were. Interestingly, the group that ate the healthy, high in fiber bars were the hungriest. They were hungrier than the people who had remained fasting through out the whole process. It runs to the entire human condition. When we do the things that are best for us, healthiest and most beneficial in the logical, practical situations, later we assess that it was not enough. And we insist we need more. We insist that the healthy way was inferior  and inadequate. Except, THAT is a mental illusion….a fabrication. Even when fed the healthy but fed a lie that the healthy is actual “bad for us”…..we are more satisfied. We want that which is bad for us. Does it suggest we psychologically lean toward sinfulness. Granted, this is a big leap, on the most diluted level, what we are discussing is craving, food being our safest addiction.

So, to avoid the big sin, the binge on junk food and veritable gastronomic flotsum, I decided that the middle ground is to cook fresh but use real ingredients: butter, sugar, flour(white even), eggs and milk. If I had whole milk, I would have used that, too. As it was, I mixed 2% with half&half. Live dangerously! I wanted something rich, something luxurious, a splurge. I looked around my kitchen and all I could see was the leftover potatoes from last weekends lamb dinner. They were sprouting eyes and were past use. Waste int he kitchen annoys me, taunts me. So, my solution was to make potato bread. And then eat it slathered with butter. And it makes two loaves, so I gave a still warm loaf to my sister. She would slice it and eat it with fresh crowder peas and silver queen corn from her garden. I ate two chunky toasted slice with soft butter with my salad.

I was not hungry later. I felt full and content. I had eaten GOOD food. Was it technically “healthy”. Not by any Cooking Light  or Weight Watchers standard. But it was filling, tasty and I did not eat again all of last night. It feels now like a kind of inoculation against the ever-hungry beast that prowls at 11 PM. So, I have my new diet plan. Eat fresh, eat real, eat that which I can make. Stop fearing or banishing ingredients that are truly satisfying. And as I get ready to go pick wild blackberries, I will ponder the larger message buried in this concept. Give permission for some so as to avoid consuming unnecessarily and wantonly. 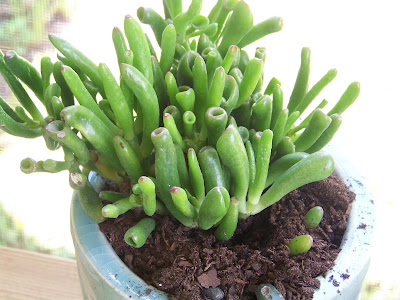