I have recently been privy to an early copy of a novel not due until August, a novel by a writer much admired but long absent. The main character is Leopold Bloom King. How can one be a dullard with that kind of name? By page 43, I was astonished at how vividly the main character and his cast of fellow mutineers materialized before my mind’s eye. There are few loves as pure as falling in love with a fictional character. This odd bunch of bananas, thick skinned but soft in flesh are far too easily bruised. And to have not one but nearly a dozen beautifully flawed personas is like getting a box of assorted Godiva chocolates, even the ones filled with orange cream look lovely and you WANT to eat them. But, I can’t help but spit them back out into the palm of my hand, sad and disappointed.

Out of a crucible rises a phoenix of a boy, recognizable and whole despite the full throttle assault of his childhood. No one expects a nanogram from him. The people in the cheap seats seem to be rooting for more spectacle. Ah to have the bar set so low. And to hear in this improbable voice, the decision to reclaim a life once truly lost. I cannot fathom the courage to forge ahead in the face of such malady and grief. I believe it must require a delicate and intentional decision to tuck away the wounds. Did Achilles wear a heel guard? While everyone knows the proximity of Leo’s weakness, everyone….EVERYONE…respects the space. I think it is not respect for Leo but for the wound. It never gets poked or probed or debrided. It scars over, disfiguring, but no longer life threatening.

A warrior enters the fray; they step into battle. They may do it from conviction. They may do it for honor. Some do it because being warrior is their responsibility. Once battle scarred, little else is left but to find a new front on which to fight. The warrior life is driven: adrenaline and fear. The hope is that one day, the warrior returns, scarred, fatigued but alive. And in their survival, there is a passion for life. From their suffering and pain, beauty is born.

When I finished the book, tempered between my usual desire to race to the finish and a reluctance to leave my new friends behind, I was overwhelmed. Catharsis from the spoken word is quite common. I can cry over Publix commercials. To weep from the silent, written word is truly magical. I was bereft and sorrow poured from me. Behind my empathy for Leo came the incision and drainage of my own pocketed grief, like some rank, walled off abscess. It came slow and black and bitter. There is no amount of talk therapy or cognitive processing that can be as profound and effective as the emotional cleansing of letting go of sorrow. It is sorrow from disappointment, it is the bitterness of resentment, it is the bilious rage squelched and muted, it is the rejection and abandonment we hide so that we do not reveal how unwanted we are. It slithered out like a cluster of small snakes. I am happy they are gone. Now, I want to sit with Leo and have a drink and watch the ships coming into Charleston Harbor. 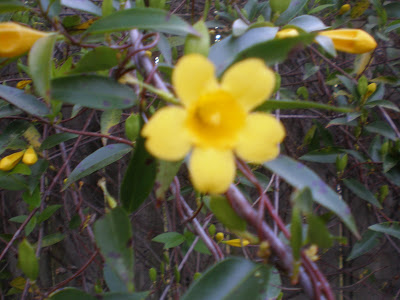