Twelve years ago on this night, I waited. I was 37 weeks pregnant. I was sick. Only days later did I really know how much danger we faced. I was not yet due, but I had developed pre-eclampsia and I had early HELLP syndrome. I was going to have a my baby the next day by induction. Let no one be fooled, Pitocin is a wicked, evil drug. It takes labor from a harrowing, teeth gritting experience to an extreme place. But on this night twelve years ago, I ate black bean cakes at Vickery’s.

The next morning we went to the new hospital in Mount Pleasant to have our baby. Almost everything that could go wrong or scare the dickens out of us, happened. My epidural failed to anesthetize any of the relevant parts of me. Instead, my left left was totally paralyzed (for three days) and I felt as if I was lying in plaster up to my shoulder blades. At the time, we had no idea of the gender of the baby. I was certain I was having a girl. And this baby was in no hurry. They call it turtling. Massive Pitocin contractions and the baby moved down a wee bit only to sckooch back up when the contraction stops. To top it off, the baby was “sunny side up”. Short of a breech, this is the worst position. I will spare the descriptives.

After 90 minutes of active labor, pushing and no progress, I was exhausted. Facing a possible C-section, my OB decided to attempt a forceps delivery. Maybe Paul will share his observations of the “salad tong” method of child birth in the comment section. Finally our baby was born and….I swear….it was a good 15 seconds before we asked about the baby’s gender. A boy. I tiny, wrinkled peanut of a baby. He was wide eyed and alert and looked so wise.

Three days later he was as orange as a sweet potato. He wouldn’t nurse. Punky and fussy and jaundiced. Finally on day 10, after losing 12 ounces (now weighing only 5lbs 4 oz), he figured out how to nurse. My mother was certain I was going to starve the baby. She implored me to “just feed him”. I was desparate to nurse my own child. For all the logical, scientific reasons, but also for all the spiritual reasons.

When I was pregnant and about 26 weeks, I came to a few realizations.

I held my baby boy. All tiny and calm. He would stare up at me. I would sing to him;

When we moved to Gainesville, Cameron was 3 months old. By ten months he was walking. By 1 year he was running. To say I was a neurotic mother is an understatement. Cameron loved vanilla wafers. Cameron was also a terrible drooler. The combination made for a toddler that smelled perpetually like cookies and Baby Soft. He would smear cookie spooge on the windows and I refused to wash it off. It drove my mother mad. I was afraid if I washed it all away and something happened to him, I would have no record he had ever existed. My mom told me I was “just crazy”. Maybe so….hormones can make you crazy.

I love this child more than I could ever imagine. I love him from a place deep in my soul. He is knitted into the fabric of me and I cannot imagine a world without him. I could pick him out by how he smells. I love how he breathes when he is asleep. He has always had an accent as if he grew up in Brooklyn (yet we live in Florida and we don’t have accents). He has the most amazing face, open and fresh and bright. Beautiful eyes and mouth. I remember when the freckles started to show up. I was so happy. My sweet, red-headed, freckle faced baby. He is thin….a blade like his Daddy….agile and smooth. He has a quick mind. A sharp wit. He is funny and laughs easily.

He is my sunshine. And tomorrow he turns 12. TWELVE. 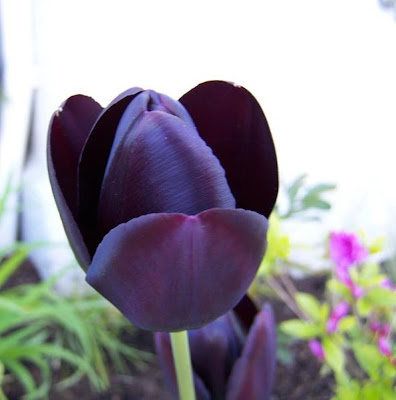