I have just returned for the wake for Evan’s teacher’s husband. Patrick was 50. His birthday was 1/27. He died last Friday. He was from upstate New York. His sister Mary told the story that his parents had tried the first 4 years of their marriage to have a child without success. So, his mother started praying to St. Gerard, the patron saint of motherhood. Patrick was the oldest of NINE children. The Lord hears our prays. I am certain, after mourning with his family, that they were blessed by Patrick and miss him deeply. He was a good and loving brother. He was a kind man.

Most of us have “Christian” names. Our names are connected to a saint. By being named, we commemorate the saint and their life. I am named after Elizabeth. The mother of John the Baptist. Most days on the calendar are saint days, marking the day of the saintly acts or martydom. Praying to a patron saint is believed to help bring your petitions to the Lord. They act as Heavenly advocates. I love this image of the holy counsel, bringing before the Lord my woes. It is like an “inside man”.

Have you prayed to a Patron Saint? St Christopher for a safe journey? St. Anthony to help find a lost object? Does your profession have a patron saint? The ordinary is rich with sacredness. 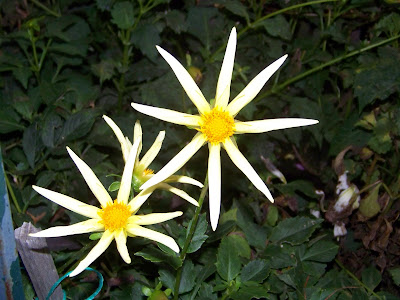