I have had the sweetest, most lovable, most feminine, petite little calico cat for the last 19 years. Her name was Domino and she died this morning. Actually, sometime last night. I have had her since 1989. She is one from the litter of the Trailer Cat. Paul had a cat that lived under his mobile home in college. He brought her home one Christmas (trapped her) and she took up residence under the deck at his mom’s house and NEVER came out again…..until she has a litter of cats. we got Domino. Bob and Beth got Mattie.Â Domino was the fattest kitten we had ever seen. She got named “Fats Domino” because she was so roly poly. Domino TOLERATED the two new boy cats we got for Evan’s birthday last year. She would growl while she chewed her food.

She died with dignity. We contemplated taking her to the VET and having her put to “sleep”, but it just felt wrong. I am not sure what my point of determination would have been, but I wanted to give her the opportunity to curl up and die in her home, with her people. She did just that. Now she is buried inthe back yard, next to Billie. 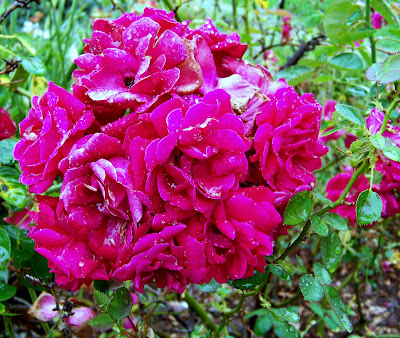