I love music but I am not a learned afficionado of music. I love jazz, classical, pop, techno, blues. Instrumental and beat driven music.Â I grew up in Miami and have a real love for old school rap and reggae. (I even like the newer rap performers). I like angry grundge and feminist Indie singer songwriters. I like loud music and live music. I like Afro-Latin Caribbean music, especially Celia Cruz and Tito Puente.Â I once listened to Georges Collinet’s weekly show called Afropop worldwide. My local NPR station does not carry this PRI program.

I could not tell you what defines a concerto. I doubt I could distinguish Debaussey from Chopin. The reason I love music is that it invokes emotions,Â tethered to a deeper place psychologically.Â Music captures time.Â

I listen to a podcast from NPR while I walk. There was an interview with Dr. Oliver Sacks. He is a neurologist made famous by Robin Williams’ portrayal of him in The Awakening. Anyways…..he has a new book out called Musicophilia. Music is universal and existed since teh origins of made. Drums and vocalizations mostly. But he associated music with the brain and specifically with specific diseases and conditions. Some researchers have proven through MRI and PET scans that actual plasticity of the brain structure when music is added to therapy. Think….they are not saying music causes an area of the brain to “light up” when listening. They have proven that music (both playing and listening) alters the shape of the brain. The structure not the function. What are the implications of this? Since music is primal, it has been with us forever. It must be encoded in our DNA. Does sound unlock some primitive powers? Does beat trigger primal functions. Music creates harmony. Music eliminates discordance. Can music bring homeostasis, balance when we are out of sync? I think I will go put on something right now…….Grateful Dead, Joshua Redmon, Ella Fitzgerald, Patsy Cline, Narada, U2……..What to choose?

What would you play? Why? Do we play music for a desire to end up somewhere emotionally. Is it for effect? Maybe. I play music for the process, the emotional journey the music allows. What a long strange trip its been! 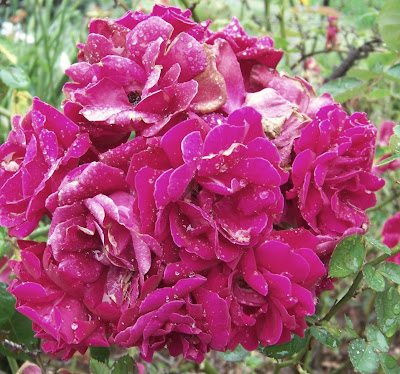