Can conflict serve a greater good? I think nature gives us so many examples where conflict or friction results in something tremendous. Eons of immense pressure turns coal into diamonds. A grain of sand in an oyster grows into a lustrous pearl.  Billions of gallons of water flowing over Niagra are turned into electricity. The needle of a record player scratches over the grooves of a vinyl album emitting songs and lullabies.

There is harvestable energy in friction. Not all friction is wasteful.

Can humans learn that from their emotional friction, valuable energy can be harnessed? Must all of the energy we pour out of ourselves when we argue be like water spilled into the desert, lost without hope of usefulness? I pray not.

Love is the most pure form of energy ever created. It is the purest white light of the universe. It bathes all of creation it its glow. It is within our ability to channel this light, this love, is a way that amplifies its power. It is a choice. We can augment its flow and increase the available energy. Or we can create obstructions and stenosis.

It is possible that even the obstruction can be useful. The water that whips faster around the fallen tree in the river creates a turbulence that makes even MORE energy. It is important to know that those eddies and whirls are dangerous places. In a similar fashion, conflict between humans often opens people to their core. During war, hatred between tribes often calls forward people willing to stand as witness. Despite the conflict, they offer solace, refuge and kindness. Love can blossom in the bed of a bomb crater. Compassion can be found at the gates of detention camps. How is it that even among our smallest of tribes – our families – we cultivate such friction?

It is better to sow love, to prune away the conflict and the wilt. We must amend our soil so the shrub can root deeply. There are so many obstacles just to survive, should we not try to add to our energy instead of wasting it?

When I was in elementary school, lightening struck a massive ficus tree in the school yard. This was a tree that could only be encircled by 20 children standing finger tip to finger tip. The energy from the lightening dispersed through a part of the tree and root system, killing it. We watched part of the tree wither and die. Over the years, it eventually split its trunk and the dead wood fell to the ground. 30 years later, that tree still stands. I visited my old school yard, and I recently walked across its roots with my two young sons. It was the same ancient game we called “Stay on the Island”. That tree still stands because nature knew how to channel away the unpredictable force of pure  energy from that lightening strike.

It was sad part of the tree died away, but most of that tree still stands. My sons walked unto its roots and the branches up above were sturdy and healthy. It is love that heals such wounds. It is time that allows love to blossom in carnage. All we simply need to do is permit the love to flow through us as nature intended. 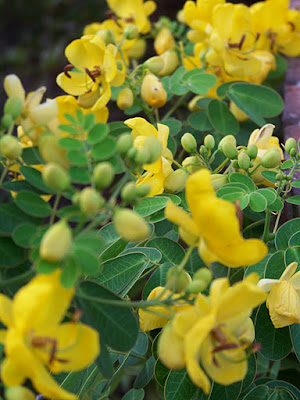