Serendipity often brings the unexpected. It is amazing that when she arrives because she often brings something you desire or need. She is not fate. She is not coincidence. She is kin to providence and therefore expects us to pause and acknowledge her. Serendipity is more than good fortune or bad luck. I think it is divine. When we are attune enough to detect the patterns and connections, we have been given a glimpse into of the mind of God. I have learned to recognize serendipity. She gets my attention.

I know Janis Owens. She lives in a smaller community outside Gainesville. She and I have had an ongoing dialogue for years regarding families, history, genealogy, secrets, race, creativity, depression and the mind in general. She is a novelist and comes from a large family. She has done all kinds of research on her family’s origins. Being from a quirky southern family, I have enough family lore to compare notes. Too often the stories seem familiar. My ancestors came to America before the American Revolution. Both of our families trace back to North Carolina.

Janis and I once talked about theÂ balance between creativity and depression. One of my touchstones is a biography on Walker Percy’s family, called The House of Percy. It is from that narrative that I first encountered the phrase “the crouching beast”. That book also impressed upon me the obvious genetics of depression, long before medicine considered depression more of a chemical imbalance. Occasionally, over the years, she and I have returned to this topic and she will mention things she discovers about Walker Percy. Very recently, a close personal friend of hers, Doug Marlette, was asked to write an essay on Walker Percy for a new magazine called Garden & Gun. Shortly after completing the piece, he died in a freak car accident.

Why do I mention all of this? I did not know this man. Janis told me about only because of his essay on Walker Percy. Janis forwarded to me the eulogy delivered at his funeral. It was written by his closest and dearest friend, Pat Conroy. As I read the eulogy, I was overwhelmed. I sat and cried. I eventually read the eulogy aloud for Paul and cried even harder. I felt humbled to be witness to the most intimate of affection that these two men shared.Â The loss Mr. Conroy feels is visceral and profound.

Janis has assured me that the eulogy is public. I asked because my next post is about grief.

A copy of Pat Conroy’s eulogy for Doug Marlette. 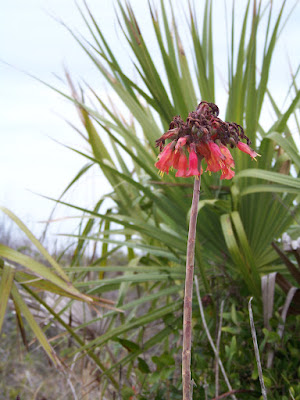