Ever have someone say to you in an effort to be reassuring, “It’s not a big thing.”? And when they say it, you hear their efforts to be reassuring and not the meaning of their words? Only later, when you are thinking about things – on in my case, rethinking things – do you REALLY hear the words and realize you wholeheartedly disagree. It is a big thing. It might possibly be one of the biggest things to happen in a very long time. It seems small, maybe right now it is small, but it ain’t small. And the fact that it is likely a big thing is great, surprising, potentially nothing short of a miracle. But calling it small, saying it’s no big deal makes it more manageable and allows the illusion that it is controllable. By being no big deal, it also means it cannot supersede anything else in your life that is actually a REALLY BIG DEAL, things like family, careers, obligation. If it’s no big deal, it can be set down. It has no priority. It isn’t REALLY important.

Maybe it isn’t a big deal. Maybe it’s just wishful thinking. Maybe it is a divergent opinion like two blind men as they palpate different parts of an elephant. They are both right and yet neither is right.

I suppose the truth for me is that I think it is a big deal but there is no method of convincing anyone else of that for their perspective is uniquely their own. 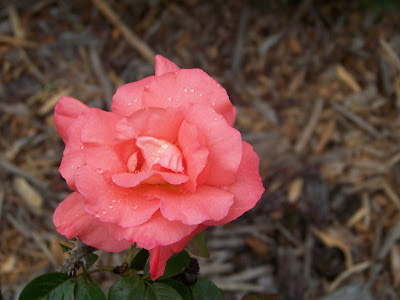