I had a mini reunion this weekend. It was for Mr. Kaplan. Mr. Kaplan, aka Mitchell Kaplan, who is now the owner of the multiple Books & Books stores (a flagship independent bookstore) and the instigation behind the Miami Book Fair. Mitch Kaplan taught two years of high school English at Miami Southridge High School in 1981 and 1982. The year I had him, he taught three honors’ classes and two remedial classes. Those two years were waylay years for him in between graduating from Antioch law school and opening his bookstore. He said Saturday night that his personal promise was that if he could make the same amount of money at his bookstore the 1st year as he had made teaching, that he would “keep at the bookstore thing”. His teaching salary was $10,000 a year.

Mitch Kaplan may (or may not) have known the impact he had on his students. Maybe some of the other students have told him this personally. Maybe they took the time to write this in the commemorative journal he was given this weekend. I tried to speak it aloud to him when I saw him.

While I had been in honors and gifted classes since 7th grade, I had never really understood or maybe believed I was truly smart. I did what was assigned. I did what was asked of me. I always did my home work and because of that, I got good grades. It wasn’t until Mr. Kaplan that I understand that I was actually smart. He was the first teacher that said it or maybe the first teacher I was able to HEAR tell me I was smart and clever. And his presence in my life was pivotal, sentinel, profound. I got the impression on Saturday night that some of the other girls (now women) had crushes on Mr. Kaplan. Apparently, there were a few other teachers that had the hots for Mr. Kaplan way back then, too. I wasn’t crushing on Mr. Kaplan. It wasn’t a romantic infatuation. It was all about the mind and his perspective. He gave us permission to open it up whether that be a macroscopic view or a microscopic view. He wanted us to think and he wanted to HEAR IT ALL. He was interested in us. We mattered. I felt like I mattered.

It’s taken me many years to condense it down into this. And even now, it sounds elementary and simplistic. Maybe that is how it needs to be. But, as a fifteen year old girl, my 10th grade English teacher was a significant touchstone marker in my personal individualization. Thank you Mr. Kaplan. Somehow, I think his willingness and determination to make his bookstore a reality has always served as a background chant…..do what you love, follow you passion, INSIST on it. And don’t quit. 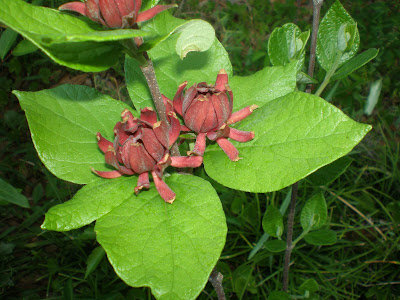