I was an hour early to the theater, entering behind a family of four. I had passed two young black women leaving the prior showing and they were both crying. I overheard one say, “That was the saddest story I’ve ever heard.” I debated sneaking into Last Vegas instead. But I felt compelled to see 12 Years a Slave. Compelled. I had read the reviews. I knew the story. I expected it to be hard to watch, to know. Truth is often ugly and bitter and awful. That’s what we say, right? “the awful truth”, “the ugly truth, “the bitter truth”. It was all of those things and I agree it will win Best Picture and Best actor and likely Best Supporting Actor. Hands down. No arguments. And it is no surprise that this story required a British director and a British lead actor. An American with ANY connection however faint or thrice removed to slavery could not have told this story without shrouding it or slanting it or treating it like an apology. And while we want to think we are distant, far removed relations to this story, it is a LIE. I am from the South. My kin folks are from the South. And whatever our association with slavery, be it benevolent owners or monstrous overlords…..somewhere back in my family lineage MY people once OWNED other people. OWNED them. We may not have kidnapped free men off the streets of D.C. but someone went to a slave market and PAID MONEY, maybe mortgaged the purchase, for another human being and then used them to do all the labor and chores we now have mechanized equipment to complete. Can you imagine picking 500 lbs of cotton a day, every day for years? Or being whipped because today you only picked 450lbs? Or being told by the plantation owner to whip a person 40 lashes for failing to pick their quota?

I went alone. I sat down alone but as the previews played another woman came in late, a black woman and she sat beside me. She could have sat anywhere. At first I felt uncomfortable. Honestly, I felt like I had no right to sit beside her. I felt like I would take something away from her by sitting beside her. I thought – however insane it may sound – like the movie would make her hate me. I wanted to turn to her and say, “I’m sorry.”

Midway through the movie, it was obvious that we were together in this thing, horrified together, suffering together. Aghast and crying, nay weeping. And I understand something now I have never been able to fully articulate. I understand the power of the negro spiritual, the Gospel song, the hymns….it is at the very depths of woe and turmoil that we reach for the Light. And it rises out of a visceral, guttural place. And you sing from your belly, from way down low. It almost bent me in half, when Solomon finally sings. I wanted to sing. He was still far, far away from home, from hope….but at that moment, he grasped the fleeting tail of hope in that song and he lifted up his voice. He lifted up his head and he lifted his anger and rage upward.

This movie is mandatory. It is cathartic. History can be debated, the facts, the ledgers, the records and the battles but there is no proper recording of the FEELINGS of all of these people. The slaves, the overseers, the masters, the mistresses, the house slaves, the wives and the bastard children. The emotions must be FELT and I do not believe that any movie ever before has captured and delivered the emotional experience and comprehension in the way of this movie. And you cannot escape the FEELING of this movie, the emotional consequence of slavery on a person – on all people – when our countrymen once owned slaves. There is a reconciliation with this and this movie starts the true and genuine process towards reconciliation. 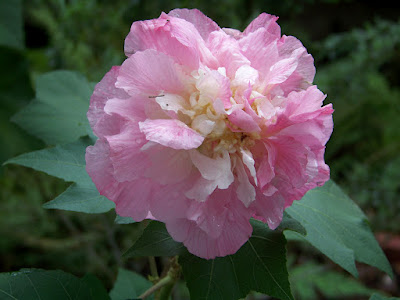