What makes a man? How does a boy become a man? When a boy’s parents are divorced and he lives in two homes, which parent leads? When the parents aren’t a unified front, when they are in a Cold War stance, to which parent does a son turn for guidance on strength, decisiveness, fortitude? How does he learn to quell his fear and face tough situations? What if the traditional role models are muddled and unclear? What if he has a hard ass, go getter, tenacious mother who rarely backs down? He can’t learn how to be a man from me. And am I giving him really confusing information about girls and women?

I worry. I over think. I just want to get it right or as close to right as possible.

I never wanted to push the boys. I always felt that when they found their rhythm they’d decide. They need to stake their own claims and decide. My oldest, The Ginger, decided early that he liked computer games. Big MMORPG games…and he’s good. He is excellent at collaborative play, problem solving, 3-D mapping and spacial skills. My younger hadn’t found his niche. Until this week. This week he put on pads and a helmet and took some hits. And gave some hits. And he got some genuine praise from an adult authority figure that wasn’t either parent. It’s pivotal. It’s one of those sentinel events. I could say a thousand times a day for a thousand years that my son is wicked smart or strong or fast or handsome…..but it falls on nearly deaf ears. But have someone else say it and it’s like getting struck by lightening. It has POWER and potency far beyond anything I can conjure. The coach said, “He’s strong. He has great power. He’s phenomenal.” And I see my son grow before my eyes.

And my worries fall away. It gets taken care of, provisions arrive. Grace happens. 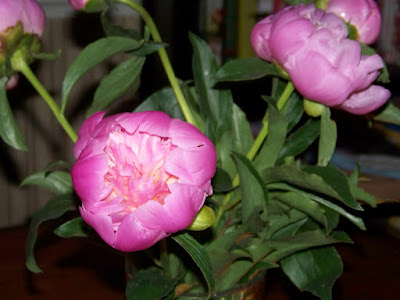