What a special night. While I missed my Evie baby, who was at a sleepover with his friend Garrett and Luke, I really enjoyed a simple night with my older son. He had originally wanted to go see a move but we both agreed that there is nothing worth seeing. So, we watched Lawless, last year’s Shia LaBouf movie about the 1933 Franklin County bootlegging BonDurant family. A truly violent movie about a very violent era. Something black and wicked cracked in our men after World War 1, the Great War. They came home truly disturbed and unable to adjust. I suspect our soldiers are no better for their experiences after Iraq and Afghanistan. We like to think we have been desensitized to violence through video games and media, but if that were true, then war would have less of the traumatic impact. I think it is worse. Which is worse? Seeing the horrors of war and coming home to backwards Virginia and abject poverty or coming back from war to 300 cable channels and just as many cereal choices and Amazon Prime?

We made “homemade” Chinese food and then had ice cream (for me) and a homemade shake for Cameron. We planned making homemade Fudgsicles for today and searched for something to watch on Roku. We did a classic Binge TV and watched the first three episodes of Under the Dome. We then spent an hour speculating on the cause of the dome.

We both agreed we missed Evan. I even offered that even if he and his brother spend their entire weekend in their rooms playing CIV 5 on Skype with each other, having them in the house far exceeds how I feel in the house alone. I have remarkable sons. They will be really remarkable men….and that will happen far too soon. 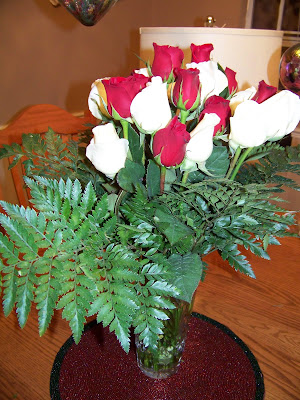