They called it The Block. In reality it was one side of a boomerang shaped block in a planned neighborhood in the unincorporated part of the City. The City was later swallowed up by the county and all those once unincorporated parts. Her Block, from one end to the next, went this way: The Kapettas, Mr. Wayne, The Nelsons, her home, The Doris family, Aunt Murphy and Uncle Peter , The Croghans, The Robsons, The Welshes and the Simpsons. She wasn’t sure how the other people on the block identified her family but The Kapettas had a German shepherd, The Nelsons had a pool, three kids and New York accents. Their mom counted at her kids when they were in trouble and she never heard Miss Arlene get to three – ever. Her best friend when she was a little-little girl was Mary Catherine, she lived on the other side. Mary had the longest hair, was an only child and had every Barbie gear and get up made at the time. Uncle Peter and Aunt Murphy were no one’s aunt or uncle but everyone’s family. They’d often take her and Mary Catherine to Matheson Hammock on Sunday’s. If she closed her eyes, she could still see the white leather interior of Uncle Peter’s Ford Thunderbird covered in beach towels; she could smell the cocoa butter sun tan oil and smell the French fries and warm Heinz ketch-up from the concession stand. The Croghans had ‘The Big House” and later built a pool. Mr. Croghan drove a weird kind of car, she later learned it was a Karmann Ghia. They had three kids too and the youngest was a boy she was also best friends with. They had the same bowl haircut for many years. The Simpsons on the end were a big family, lots of kids and their mother spoke French. They lived on the corner. That’s how she remembered it. She knew memory was faulty and often incorrect.

As she recalled her childhood and when she was a little-little girl, what she remembered most was being happy and silly. She and Mary Catherine would spin and spin and spin until they fell staggering to the ground, the celestial rotation of the Earth beneath them suddenly very apparent. Did they twirl because they were giddy or did twirling into drunkenness make them giggle and happy? It didn’t matter. She looked out across her future back yard and she could see herself twirling. She wanted to add her little-little self, wanted that long toe-haired girl to be spinning beside her. She wondered if she and her older sisters had ever twirled together as little girls? Their birth spacing meant they were never little-little together. Now that they were all grown, had they forgotten how to twirl? Did they fear looking foolish, mad or falling and injuring themselves?

She was exuberant, effervescent and eager, flapping and punch drunk silly and yet she hadn’t spun her first circle. She held it all in. She kept it controlled. She wasn’t little-little any more. She’d hold onto the memories of being little-little as she drove into work. She would hold in the fidgety, kinetic bubbling while she did the day’s work. She would twirl later. 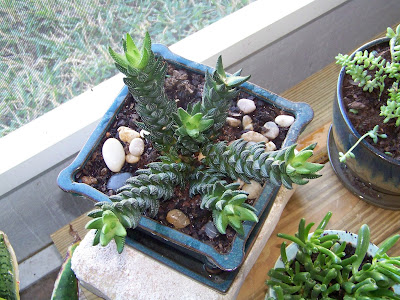