I just don’t want to write when I am sad. I want to write because that means I am not sad or that the sadness isn’t overwhelming. I want to write because in the scenes I write,  I can escape.  I forget my own sadness,  I forget myself.  When I write, I listen to the story of someone else and I diligently and faithfully try to record it. I can force myself to write, like forcing myself to exercise, but if I am too preoccupied with other things…mainly my own stupid stuff….then I write crap. Fictional characters and their stories are perfect, though. When their world is sad the backspace key corrects it all. Just highlight and delete the passages that don’t work or fall flat. Send to the trash bin whole pages of shitty narrative and start over. The existence of a fictional character is so fluid and magical….and enviable, even the part that includes the risk of erasure.

When I am sad, I can’t write. My head is like that junk drawer in the kitchen closest to the phone. It’s filled with the detritus and debris of life: used twist ties, un-sharpened pencils, ink-less pens, rubber bands, a random screwdriver, buttons, nails, clothespins, paperclips and all the generally useless accumulation of living that at one point classified as potentially useful SOMEDAY but ultimately is worthless. Oh, but for the luxury of pulling my head out like that junk drawer and simply dumping it into the trash can. Even if there is something useful in that junk pile, I haven’t needed it or used it or MISSED it all this time, so why bother? There is no value in going through all the crap in that drawer. Just dump it all into the trash and wipe the drawer clean. Maybe put in new contact paper and a drawer organizer. But don’t get carried away. If you make the designated kitchen junk drawer too tidy and organized, it just moves to a new locale with less organization and rigidity.

Sadness is like that junk drawer for me. Worse, sadness is like the earthquake that shakes me and all the organized shelves, drawers and curio cabinets of my psyche. Afterwards, I stand in the rubble and think I should start picking this stuff up and putting it back in its proper place….but what’s the point? There are always aftershocks. And if you live in a land of earthquakes, there is bound to be another quake and all the effort of righting the world is dismantled in an instant. So what is the solution? Because no one wants to live in this kind of mess? Except maybe Jennifer….

And it’s not the earthquakes fault for being an earthquake. It is what it is. It is really my fault for collecting and accumulating so much CRAP. If I have to live in an earthquake prone area, then it might be better to divest myself of all this sentimental crap. And maybe getting rid of the curios isn’t enough. Maybe get rid of the cabinets and shelves, too. To live in a steamlined, functional, utilitarian space leaves less to get shattered or destroyed. And like Jennifer…..the Big Tidy Up required a really big box and trip to the dump. You have to throw stuff away and give up on it. It’s not worth holding onto to. All it does is add to the clutter and mess. 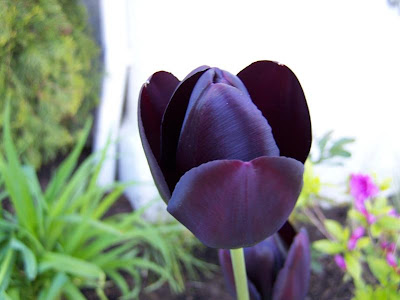