Somethings in life are best when brand spanking new. The smell of a new car with that factory paint job comes quickly to mind. I love to crack the spine of a brand new hardback book. It’s easy to assume that new clothes overshadow hand-me-downs or thrift store purchases any day. But new and never-been-used isn’t the end-all-be-all. Who wouldn’t love to own a vintage 1966 Ford Mustang; just the audible memory of the V8 engine rumbling is seductive…..or the now petite Porsche 911? These are not perfect cars, especially as antiques: drum brakes, no seat belts, no A/C. But who cares? And to come across a first edition copy of Their Eyes Were Watching God or the poem written by Maya Angelou at the inauguration of President William Jefferson Clinton….I pay for those but would never likely buy new copies of them. And in college, down in Georgetown, just on the other side of M street was an Army & Navy store……at least my memory recalls it being an Army Navy store…..it had the BEST second hand coats and the coveted men’s undershirt with the black, eagle patch stitched on the front. [In retrospect, I have no clue as to the origin of that insignia….but when I was 19 it was cool]. And currently, in a small “antique” shop in Thornbrooke Village Shops there is a end table on consignment that I want….and if it’s still there this afternoon…I will own it.

The distressed armoire has value and character from the embedded history of its previous existence with its previous owners. While I could buy a new armoire, I find tremendous value in re-purposing. It is wise and prudent. I could go on about the environment and some social movement to swear off buying new…but I find the inclusion of previously owned items into my decor adds depth, character and originality. Anyone can go to Rooms-to-Go and buy “room” #7 and have it delivered and arranged by 5pm on Saturday. But how pedantic and banal! You couldn’t come up with anything better? And honestly, the second hand table and chairs at the Hospice house is probably of better quality than the planned obsolescence of EVERYTHING sold at Rooms-to-Go.

I think the theory of planned obsolescence has permeated our culture beyond the consumer goods. We view our relationships as consumables, meant to be used up and discarded…and maybe they are because they aren’t constructed with the craftsmanship and conscious intent as they once were……. You can just get a new friend, join a new group, switch parties or denominations. Very few things have permanence. And in this regard I am different. I like collecting and having close to my heart people with their fair share of distressing, the beautifully broken and the slightly out of alignment quirkiness. What I want is the depth and the sturdiness. I adore people with the resiliency to get tumbled around in life and still approach me standing. They might have a limp or a scar across their forehead…..but damn, I am sure they have a GREAT story. And I want to hear their story. I prefer these imperfect people because I know I am not “all-that” myself. From birth I was a bit of a scratch-and-dent. With a bit of professional auto-body work, the doctors made my deformed foot LOOK normal but the honest to god truth is that my BRAIN knows that foot wasn’t “right”. It wasn’t “wrong” either….it was just mine. And the serendipity of life is that my feet and ankles are one of my physical features that I truly love and appreciate. They’re cute, small and look fabulosa in a pair of heels or just barefoot in the sand.I’m just saying….ya gotta work it, baby.

I think accepting and owning….even highlighting….the things about ourselves that aren’t perfect is what gives us character. It is when you try to conceal the defects and damage that they become undeniable and impossible NOT to see. Having genuine connections with my family, friends and co-workers means I see their quirks and I applaud them, revel in them and have true faith that their uniqueness adds the the complexity and flavor of my life. 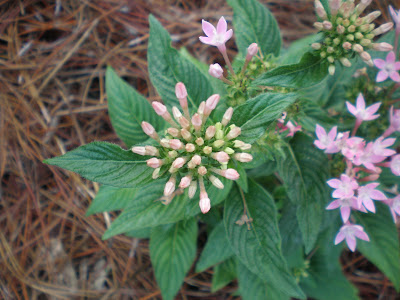