“When you are convinced all exits are blocked you either take to believing in miracles or you stand still like the hummingbird.”

Not to be redundant but I love this quote enough to add it to my motto box on the right column and let it sit for a bit and nibble away at me. I am a stubborn woman, stubborn in my position and my resolve. I am thick headed and well-armored. It is the evolutionary consequence of being knocked back, knocked down and trampled. Or…one must ask the age old question: Which came first, The chicken or The Egg? Do I get knocked down because of stubbornness, recalcitrance or selective deafness that plowing my into the dirt is the only method of getting my focus? Is it the adult manifestation of what they (we) call attention deficit disorder?Hello! McFly!

I know with my one son…it requires a nearly stern, voluminous tone of voice to capture his attention. He’s not defiant or disobedient; he’s just do his own thing. I am doing mine, too. Focused and determined. It takes the Refrigerator Perry to slam full force into me to get me to change direction. I am so confident in my aim. But, I am not oblivious to my surroundings. Nay, I am keenly perceptive of all the noise….not in a schizophrenic, paranoid delusional variant of perception….I ain’t imagining stuff. I just collect all the data. Most of it, I filter out and it goes to the spam folders instantly. I can go back and pick through it or it simply purges naturally, flushed and forgotten.Just ask my staff, I hear all their conversations even in my cubby of an office with my iPod docked and playing WHILE I do chart work and messages. I try not to notice. Ask my kids….I hear them with my iPod stuffed into my ears, pithing my brain with an Audible book and sewing…I hear their discord and yay-yaying. I solve the plot by mid-movie on the most subtle of clues (and my oldest can do this too). It’s a cool parlor trick to some people….it is profoundly distracting and at times….overwhelming. I think it is the origin of my intense, disciplined focus. I tune it all out because I know what I want. I know how to get it. I am not unreasonable. I am singular. And like any hyperactive ADD kid who confounds his parents by playing for HOURS with a box of Bionicles or on an MMORPG server….I get tuned in tightly to what I am doing. I have to because I siphon up my surrounding, I hear and know whats going on, even if I don’t appear to be paying attention. And my youngest child inherited this trait. He is a perceptive vacuum. And if he is like me…..sometimes you just want silence. You want to run on a single rail, in a single direction towards a single goal with one manifest, one suitcase and one agenda.

I’ve had blinders on. I was a bit too focused. I go run off my rail yesterday and made the helicopter news crew flyover. There were no toxic chemical spills and the surrounding area didn’t need to be evacuated, but I’m off my tracks a bit and my arrival time ain’t happening. In fact, all trains just flipped to TBA and delayed. It is an unexpected event, unplanned and unpredictable. It happens when some joker tries to race the train and cross the tracks. But…we’ll get back on line and keep going.

I am not one to believe in miracles. Like Mr. Miller says…..I will just stand still a bit and let the earth revolve, spinning and taking me along passively. Miracles are for magical people or deities…people singled out and touch by divinity. My miracle happened at birth. I got my “normal” when the predictions had been that my parents should expect retardation and deformity. Odd that what was deformed about me is one of the things my closest friend thinks if my most enviable physical feature. So…since I got my allotted miracle at delivery….all the rest is up to me. 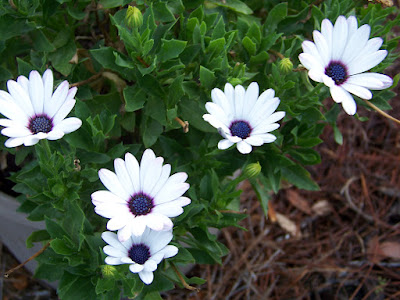