Change is possible. We are always growing, proven by the fact we are still breathing. Without consciousness, our DNA replicates, our cells divide, tissues are restored and our bodies ‘turn over’. Burn the tip of your tongue and it is better in a day.  Stitches from a laceration heal in 7-10 days. Donate a pint of blood and the marrow produces more in 90 days. Platelets live a day. Red blood cells live three months. Like ink in a tattoo, dysfunction and disease in organs gets passed down like a toxic inheritance, but eventually fade and dwindle. Lungs sooty and blackened from smoking can eventually clear, although they will never look normal. The holes and pockets from the cell death will not regrow ; the lung will never return to full capacity. The whole skeleton replaces itself in about seven years.  Break a long bone in the skeleton, especially a bone on which you bear weight, and the growth takes weeks if not months to heal. And there is real risk the fractures will not reknit, limiting full weight-bearing. You have to keep all the weight off the bone if you want it to heal.There is no psychological equivalent to crutches.

The psyche is not a tangible, palpable, encapsulated organ. Its anatomical position cannot be drawn by Netter. It is ethereal and mystical but no less a living dynamic component of our physiology. Put a corset around a woman’s torso and you limit her respiration. She has less breath, less capacity for work and will faint easily because her brain can’t get oxygen. Her physiology is altered by her anatomical function. The psyche can be similarly hampered, bound, restricted, insulted or poisoned. But there are no cells to divide. No vascular system to provide nutrients or eliminate waste. The cleansing benefit of deep breathing doesn’t exist. The psychologists have studied and postulated what wizened grandmothers for millennium have always known about how you grow a child.

And we take those early developmental examples as foundation upon which we build character, integrity, empathy, compassion and honor. But what of the abandoned child, left unwanted and untouched? Or the child harmed at the hands of their supposed protector? Or the child berated and belittled? Or the child left to fend for themselves? They either have no foundation or it is uncertain in its construction. With adulthood, we use those earliest tenets like Babelfish, translating the touch, words and acts of others. We may have to relearn and replace what we thought we knew as fundamental if where we work from is inaccurate. But like the cellular turn over in the physical body, renewal and replacement in a psyche takes time. But even a child raised in a loving and safe home separated from the vagaries of the world may have no immunity in the secular world. They will be easily marked by predators, gullible and naive in their belief the outside world is like their formative shelter. A child raised in a suspicious and harsh environment distrusts, disbelieves, doubts and has conditioned responses. They anticipate pain and disappointment. They take blame for what happens to them.

I think it is much harder for a child raised with unconditional love to learn how to reconcile an unloving and hateful world than it is for a child raised in darkness and danger to relearn that true love exists in the world. The hard-scrabble child, whose psyche may be fundamentally askew may have more agility and adaptability than the psyche well-formed and soundly built. It is like an invisible congenital defect or handicap. Thalidomide babies born without arms can learn to type with their toes. I watched a women use a paring knife to peel an apple with her feet. Similarly, a psyche can be just as adaptable. It may envy the apparent ease of the able-minded. But there comes an acceptance of who you are and what you have to work with. Limbs will not regrow. Sight cannot be restored. Full height cannot be obtained. But a psyche formed without the fundamentals learns. And it can change. It never stops changing. Because it has no fixed position, no defined shape, no anatomical location, no quantifiable function, there is no limitation to its parameters or capacity. It is continually of our own design. 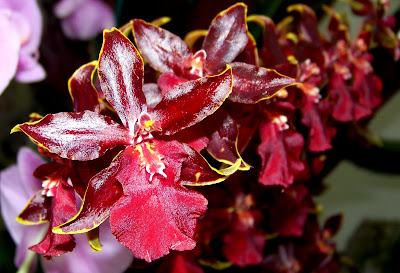