There is a difference between being a tourist and a traveler. I fancy myself more of a traveler even when I am doing pretty touristy things, like taking pictures of the White House. We got to the White House after walking all the way from The Churchill Hotel, a small hotel five blocks north of DuPont Circle on Connecticut Avenue. For anyone in the know, this was a long walk by Washingtonian standards. The woman in the gift shop at the Renwick looked at me as if I had march my sons over the Continental Divide. We explored the installations and set off the motion sensors around The Big Fish. We then walked back to McPherson Square’s Metro and went back to the hotel…uphill those five blocks. The boys did not protest one bit about the walking or the frigid wind. We could have used more hearty head coverings, more impervious to the cold but I am proud and impressed with our outing. For a first adventure, I am encouraged that it will only get better. After eating at Clyde’s for brunch, we shopped (actually looked) at all the spectacular stuff in the highest end retailers at The Collection and Mazza Gallerie. Cameron has expensive taste, selecting the RLX sports wear with a discerning eye. Then I watched him choke at the cost of a simple belt at the Louis Vuitton store. Put it this way, it cost more that all three of our plane tickets to DC combined. For a belt. A belt. Yeah! The sales people were all very friendly and polite and it was fun. We then went to see Alice and Wonderland. Mind you, Cameron had eaten a massive breakfast topping it off with a large frappicino from Starbucks. He had heartburn so severe he got sick in the middle of the movie. Like a frat boy sick. It earned him a new t-shirt and hoodie from The Gap. I hope everyone that had been sitting around us in the theater got free tickets. I was just thankful he didn’t barf down the collar of the father in front of us. I could tell by the greenish color around his gills that he was still feeling ill, but he kept insisting he was fine. My mother instinct was vindicated when he dashed off the train at the Cleveland Park Metro station and did his best impression of the Exorcist off the platform onto the rail: serious, projectile vomiting. And then, he was fine. Like nothing had happened. He ate ginger duck from Thaiphoon for dinner three hours later. Like I said….I want us to be travelers. 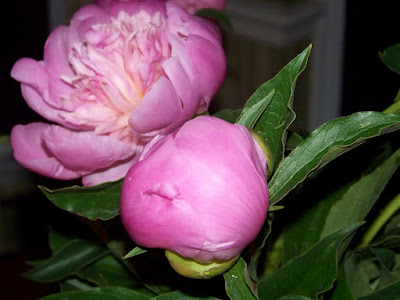