Recently both of my sons have promised to be adventurous. These promises were given unsolicited and randomly. They have repeated the promise. Initially, it was about traveling on mini-break by airplane. Then it was in reference to eating “different” foods while we were on vacation.

Cooking for me is a particular joy. I love cooking. I love ingredients. Especially, I love to cook for other people. I want to cook things that please others. For my children to specifically request something is wonderful. For many years I felt my love of cooking and baking was unappreciated. Long before I had children, I envisioned after school time to be filled with eager appetites for my home made cookies and cakes. I envied my sister, who has six children that have a great love for her baking and cooking. She could barely get pans of cookies out of the oven before they were scarfed up. I have four….FOUR….cookbooks dedicated to just cookies. I could bake a different type of cookies every day for more than a year without repeats. But, my kids have not always been willing to venture into the culinary unknown. This palate reticence extended to their dinner plates and lunch boxes.

But last night, in the spirit of St. Patrick’s, with a heavy ladling of the historical role of mutton and lamb in the Irish culture and diet, they willingly tried lamb chops. For Evan to actually eat a cut of meat that had a retained bone and grizzle is just shy of a miracle. His preference is something with the butcher adjective of “ground”  and always accompanied with ketchup. So….eating a lamb chop was as rare as getting him to eat sea urchin. And Evan’s announcement was that he was being adventurous.

An adventurous spirit is a courageous spirit. To be willing to try something new, taste something foreign or unknown may be the infant building blocks to be brave enough to try other of life’s challenging offerings. By Cameron’s age I had jumped of bridges into canals. I had climbed onto the roof of my elementary school to play kick the can. It all sounds like the edge of delinquency, but it was the beginning of an adventurous nature. And a person willing to venture forth is one who is willing to face fear and conquer it. 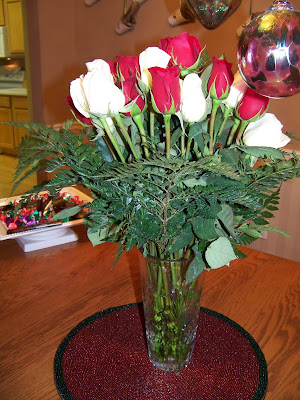