Over the course of my life, there have been songs that exemplify my feelings far better than I could ever express on my own. My youthful assurance is captured in More Than a Feeling by Boston. I have the most vivid memories of driving back from Crandon beach with my best friend Kristin, blaring this song. The absurd juxtaposition of adult, female empowerment and silly sorority girlness surfaces with Lucky Star by Madonna or I Feel for You by Chaka Khan.  Almost anything from Edie Brickell and the New Bohemians debut album encapsulates my first year of medical school. My once sister-in-law, Beth was brilliant and wonderous singing as a lullabye the song Copa Cabana acapella to her new born daughter, Chloe. I realized that motherhood for me would be different: unorthodox and venturing forth into unchartered territory. The folk song You Are My Sunshine has passed my lips thousands of times in the last 13 years since my first child was born. I sang it several times most nights as I put him to bed. I have visions of singing it to him before his wedding day. In the last few years, I have found solace in Ginny Owens, Sarah Johns and Alanis Morrissette. It is always good to have a personal anthem. I am looking for a new soundtrack. What has come before would make a greatest hits compilation, but I think it is time to update.

If our lives were Hollywood movies, what would be our original soundtrack? I think of John Travolta walking down the street in Saturday Night Fever. Or Jim Carrey in Ace Ventura…as the UPS man. I think of the sprawling soundtrack of the BBC production of Pride and Prejudice. I hear music in my head all the time, like an interior Musak. If I get scared, I hear the creepy music from Psycho or the Exorcist. When I feel especially geeky, I hear the original Star Trek theme music. Since playing World of Warcraft, I can be lulled into relaxation with the sounds of Azshara or Ashenvale. With happiness, what shall I hear? I shall have to find new music and start fresh with a whole new original composition.

In my mole-like search for new music, I stumble upon PinkMartini. The frontpage of their website is great. After going to iTunes to listen to them, I find the Blonde Redhead. Even more fun! 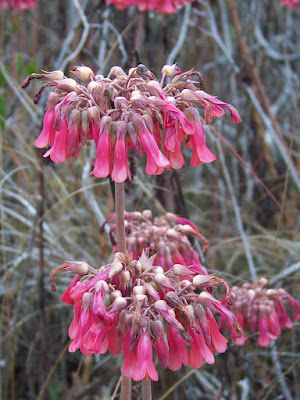