While this space is usually for positive reflection and optimism, I find myself unable to side step and put a smiling face on things; I can’t be an Uncle Tom. Two unrelated but fundamentally similar situations have occurred in my world to make me stop and think about the privileged and freedom I have and likely take for granted. While at one time, being Catholic earned prejudice, scorn or worse; and being female kept you beneath a glass ceiling,  it is not a common or severe modern problem. While some American religious sects still question if Catholics are “true Christians” and whether we worship the Pope…most people are astute enough to know the truth.

But in my little town of maybe 50,000, there is a small enclave of people who call themselves Christians, but with whom I am ashamed to be associated. I do not want them in my tribe. To me, they are not Christians. Gandhi said, “I love your Jesus. I do not like your Christians. Your Christians are not like your Jesus.” So much is done in a misguided, fallible, humanistic intent to evangelize the name of my Lord, that it propagates the exact opposite of what Jesus wanted. There are those among the Christians who preach hate and exclusivity. And when I hear other Christians act and speak this way, I am shamed. I am outraged. I also know that there is no reaching these people. They are blind in their faith, but they have contaminated the True Word. For whatever it is worth, I am thankful that I live in a country free enough to let me speak against. That freedom also lets hatemongers speak, too. But freedom cannot be doled out to the select for that is not freedom. Should I railed against the hateful? Should I try to shame them? People who hate cannot be reached; their hearts are hardened.

During the Civil Rights movement, when white people stood beside their black neighbors….or even strangers…..they were called disparaging names simply for recognizing the rights of a person born with a color of skin that was different. They were shunned for believing that ALL are created equal. But I learned that even today, when our president is black, that a person of color can be diminished with just one word. It does not matter how educated, elegant, literate, esteemed or celebrated a person is….each and every man of color will have a visceral reaction if he is called “Boy”. It is a word of racism. It places him in an automatic position of less. It is an awful word used in the context of often white vernacular. It is not the baseball bat brutality of the “N” word, but it strikes a harmonizing chord. And what is he to do? Rage? Speak up? Call the speaker to task? It does no good. It would change nothing. And so it gets absorbed and he is reminded….that he is first and always judged not by what he does; not by what he has achieved, not by what is in his heart…..first and instantly, he is judged by his color.

I realized I am free in a way I had never REALLY seen. Simply by birth, just because my soul was placed in a white girl embryo, I have privilege and start steps…..miles….ahead of a child born of color. It is a sad and heavy thought. While my gender has its own defining boundaries…these gender differences are less of an obstacle. I suppose I would feel differently if I were a woman of color.  I must examine my heart. Excise from myself the echos of heritage that passively perpetuates discrimination and intolerance. It has to start with one person and every person must participate. Love. Jesus said love, above all other things. I believe this. I want to live this way. I want to be defined by how I love, not by what I do. 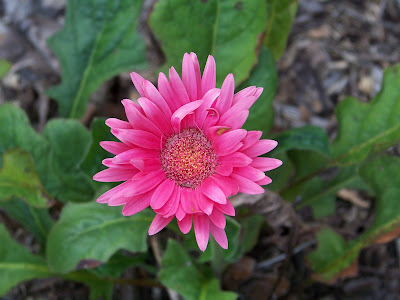