For each lifetime, there are sentinal moments. There are people that are pivotal. Their influence, even if brief when compared to the length of a life, may be monumental. Mitchell Kaplan, my 10th grade English teacher, wasÂ such man. I believe my 10th grade year was the ONLY year he taught public school. He went on to open a little bookstore in Coral Gables called Books & Books. He was and continues to be an instrumental person in the Miami Book Fair and the literary scene. He was one of the first people to shift the paradigm of my life. Jane Estaver, my AP English teacher was another. She was a true maverick. She made us think. We read those banned books and controversial works and she PUSHED us to believe we were MORE. And we were more. Of that class, we all went to college. MostÂ to UF, but several to private colleges. And many went on to graduate school or law school…or medical school. In fact, 3 of us became doctors (that I know of). One is an executive at IBM. A few devoted themselves to the underserved. We were a stunning lot of kids. I think the people we encountered in our education…as much as our families andÂ  their cutural legacies….influenced us to strive upward. I actually do not know much about the deeper background of those other kids. As a public school in what was unincorporated Dade county, we were a mixed lot. There was more racial diversity than I was aware us at the time. There was not much religious diverisity but economically, we were all pretty close.

There are also PLACES that have impact. For me, our nation’s capital is such a place. I went there on Close Up in my junior year in high school. I went again in my senior year. The pulse of that city was so profoundly seductive. I could live there in a heartbeat. If I won the Lotto, I would be easily swayed to have a condo in the DC area. I went to college there and count the withdrawal and transfer to the Univeristy of Miami as one of the few missteps in my life. I will return to this city I hold in my heart for a TOO brief conference this weekend. I will get my fix. To feel the thrum of that place will serve me well. It is not just a place of my youth. It is a place of assurance. It reminds me of my once absolute certainty that I was “becoming”. To return and have the ability to offer back my confirmation is an abundant blessing. 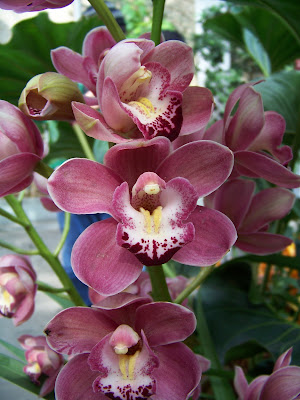