I have not posted much recently because I have been doing some other writing. I am taking a community education class at Santa Fe, the local community college. It has met every Thursday night for the last month or so. Each week, each class member reads a bit of whatever they are writing. These people are amazingly talented. One woman, who writes poetry, has a spectacular gift. I do not think she is aware of the potency of her words. She is always very reluctant to read in front of us. She is timid and deprecating, even embarrassed. You can tell she is worried about saying it wrong, being misunderstood, being overly criticized. She has marveled at the praise the professor and her other classmates give her. Her voice maybe meek yet her words belie a ferocity that I think even she finds intimidating. Her inner voice is grand and yearning to stretch. It is like watching a baby take their first steps. And you can tell she is hungry for this, eager to give it a try, brave and courageous.

Writing is one thing. Reading what you have written aloud for other people, is quite another. While I write on this blog….I really write for me. I don’t have to look out on anyone’s face. There is the separation that diminishes the risk of criticism.

But even criticism is good, when it is constructive. The professor really, really disliked ONE SENTENCE in the story I read the 1st week. He disliked it so much that it actually woke him up at night and he couldn’t wait to tell me at the next class how must this one sentence bugged him. He called it crap…..this one sentence was “crap”. And according to him….crap sticks out. He is older and Hungarian with an accent, so when he says “crap” is sounds elegant and sophisticated. But he REALLY got stuck on this sentence.

It was hard to hear him say this in front of 8 other adults. But, it was constructive and not judgmental. He is trying to be helpful and was not mean. I am going to listen and rework the sentence….and I will keep looking for the “crap”. He is right, though…..crap sticks out and it is hard to miss. 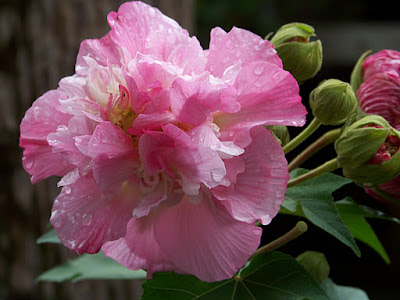