I had to go to the doctor today. It sounds funny. It is ironic. For the record, doctors are the WORST patients. Talk about non-adherent! Add denial with a paranoid level of knowledge and doctors are nightmare patients. We just know too much. It starts in med school. If your had gas and bloating, it wasn’t simple indigestion, its Kwashiorkor(think of the pictures of African children victims of famine in National Geographic magazine). We were all drama queens and paranoid babies. Then we stuffed our heads in the sand and went into the battle of taking care of everyone else. And short of a tumor growing our of our foreheads or bleeding from our eyes, we rarely complain. Very, very few doctors are hypochondriacs. In fact, if there is a diagnosis code for antihypochondriasis….we’ve all got it.

In the 12 years I have been here in practice, I have missed 3 days of work for my own medical illnesses, not counting maternity leave. Once for an episode of food poisoning courtesy of a local owned pizza parlor and Dairy Queen. I actually went to work and my staff sent me home. The second was because I fainted. It was not a graceful, Scarlett O’Hara swoon. Nope. It could have been a Saturday Night Live skit with Mary Catherine Gallagher. I was in a room with a patient and fainted. I struck the exam table and the floor like TIMBER! Did I mention I fell behind the door, trapping the poor patient in the room with an unconscious, bleeding doctor? It is hysterically funny now. (Did I mention doctors have very sick senses of humor?) By the way, the patient still sees me….humbling, but true. The 3rd event was recent. Abdominal pain. So bad I actually canceled a whole day of patients and was taken to the ER because standing and walking was torture. It put a new twist on “stopped in your tracks”.  I swore I had appendicitis. Nope. CT scan showed a lovely, NORMAL appendix. So, since thenÂ I have had to submit to a variety of other tests to try to figure out the pain….which has not come back.

I saw a gastroenterologist today. I was expecting to be sent to through the torture of a colonoscopy. The colonoscopy isn’t the part that sucks. What could suck about IV valium and versed? Aliens could abduct you and do experiments on you and you wouldn’t care. It is the PREP the day before that is horrid. Too bad they don’t give IV sedation for the prep. Anyways…after seeing the doctor…a colleague no less…he pronounced me DISGUSTINGLY HEALTHY.

Good, now I can stick my head back in the sand and ignore the litany of real and imagined symptoms that I have some hidden tumor. Its not a tumor! Its probably just gas. I always knew I was full of something….LOL! 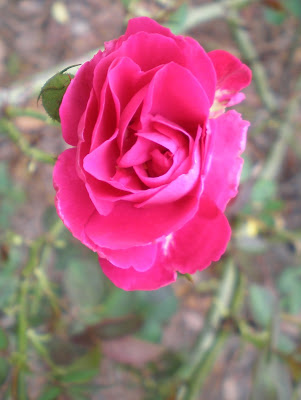