Anyone who has been to a Grateful Dead concert knows about space. The spaces were usually Mickey Hart drum solos. The space between two songs filled with the lingering melody of the previous song. It meanders its way and then ends up in the next song. These spaces were spontaneous, free-formed and unpredictable. I am reading The Witch of Portabello and the main character has something similar to a “space” that she avoids, filling with movement and activity. She fears that in the spaces, the psychological pauses between thoughts, she will uncover something forbidden or negative. So…she stays in motion. But, isn’t it the space that defines what sits on either side? The space between two notes on a bar of music is what defines the sound. Space has matter and form in its nothingness. The emptiness delineates the forms on either side. There is vastness in the space. Imagine a piece of classical music played at double time….it would sound cramped and it would loose depth. Speed makes it hollow and shallow. But…..play it slower and the piece deepens, becomes richer, warmer. There is complexities in the lingering sound, the echo we hear in our heads. Slower is better. Do things slower. Live slower. Slower makes it richer, deeper, fuller and more complex. 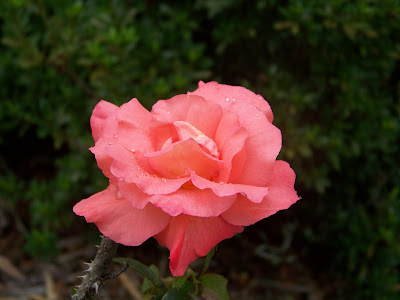