T.V. has changed. besides the 3000 cable channels, there is programming aimed directly at our children. Some of it is actaully really funny. While I loathe Barney and Sponge Bob, most of the shows are actually quite good. When I was young, the only T.V. geared directly towards children was Saturday morning cartoons, “Creature feature”, Captain Kangaroo and Skipper Chuck. I think Skipper Chuck was a local show only in Miami. My sisters and I were not allowed to watch TV before school. We were certain the Nelson kids next door were turning their brains to mush, because they got to watch Skipper Chuck before school AND they got to eat “sugared cereal”. I coveted their Fruit Loops and Sugar Smacks.

When I was young, T.V. was re-runs. Gilligan’s Island, The Brady Bunch, I Dream of Jeannie, The Partridge Family, Bewitched(the original Darren preferably), The Munsters, I Love Lucy and Hogan’s Heroes. Saturday morning TV was Bugs Bunny and Friends (as if there is anything else). At noon, the Creature Feature started, usually The Blob, Godzilla, Swamp Thing or other “scary movies”. If there was no Creature Feature, there was Tarzan. Tarzan was hot! Usually by lunch my mom was kicking us out the door. If we didn’t leave, she’d give us chores. 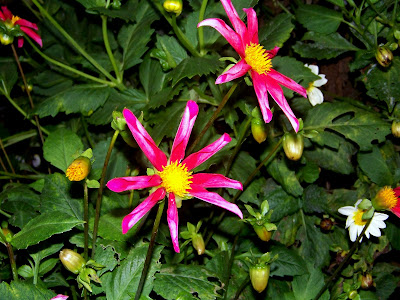