I’ve been to some great concerts in my life. I stood in line with my sons yesterday waiting to get into the GENERAL ADMISSION area at George Steinbrenner Field in Tampa. Those cheap, seatless tickets cost $89 before taxes and tack-ons. We talked about other concerts I’ve attended and the people around us chimed in on concerts they’d seen. In 1990(ish), my then husband and I saw The Rolling Stones at The Orange Bowl in Miami. Frankly, they sucked. Their opening act, on the other hand, was a massive hit: Living Color. Awesome. I saw the Ramones play the CAFETERIA….seriously, the cafeteria/Ratskeller at American University in 1985. The Ramones……let that sink in. I saw The Red Hot Chili Peppers play at Poseurs in Georgetown….wearing white tube socks. JUST tubes socks. Anthony Kedis in a long white tube sock….or rather just the principle parts of Kedis in the white cotton. It was shocking and outrageous. I’ve also seen Luther Vandross – three times. Any Freddie Jackson. Sting at Merriweather Post Pavillion. Duran Duran. Dave Matthews. Tom Petty (more than once – I live in Gainesville). And the all time greatest – U2. For me, U2 is the capital game, the ultimate in rock and roll bands that have mastered the Machine that is the industry of rock celebrity. The great bands somehow manage to avoid being devoured and crushed by the Machine. Having seen Linkin Park, I now believe they will add their names to the great rock and roll bands. Their live performance was outstanding. Only a few very minor glitches on the second night of their new tour. They played 24 songs before the encore and FIVE songs in the encore. It was loud and they sounded GOOD, better even than their songs mastered and refined in the studios productions.

My oldest knew all the lyrics of all the songs and sang (screamed) them in sing along fashion. He’d lost his voice by the time we walked to the car. And the lyrics are powerful and apropos for the angst that faces the teen spirit…..and the struggles of the middle aged spirit. For most of these bands members are in their early late 30’s maybe early 40’s by my calculation. And this new album, The Hunting Party is harder and heavier, taking them back to their origins. It is a tight circle. They only played three songs from the new album (we think).

Numb is one of their best one of our favorites:

The Final Masquerade is off the new album.

here is the Billboards review of the new album, track by track. 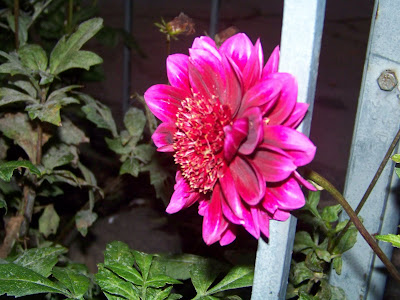