I wrote a story, a novel. Sometimes, it feels like the novel wrote itself. I cannot recall how or where I found the time to daily sit and write for three or four hours and still work my job and function. Yet, as time passed, the story came, the characters arrived and presented themselves to me. I listened. I saw. I tried, sometimes feverishly, to get out of my head, through my fingers and onto the computer the scenes that played before me, the conversations that I witnessed and the emotional drama. Sometimes things and people showed up I had not expected or even known, catalysts and provocateurs. Often, I felt merely instrumental, a conveyance, a telegraph. And then it was done. Or it seemed done. I maybe I felt like I needed to be done because the story was so big and complex.

Likely from a haze of creativity, I brashly and boldly entered a writing contest. Not a giant national medal awarding contest; I am an amateur at his and not busting with hubris. I was likely giddy and enthusiastic in a childlike way: “Look what I did! Isn’t it cool! Isn’t it? Isn’t it!” My enthusiasm was mostly because I actually wrote a NOVEL. Holy crap, I told a serious and compelling story. Look what I did!

And then something quite unexpected happened. The judges for the contest give me a nod. I make the finals. Whatever I am up to has some merit. That….or they make everyone a finalist to get them to join their club and attend the conference and awards ceremony. I went with the cynic’s view for a bit. That made more sense than there being genuine merit to me as a writer. I’m a doctor. I am a mother. How much OTHER stuff do I think I can do proficiently? Shouldn’t I stick with my regularly scheduled programming?

And so I did. I sewed a trunk load of quilts. I made jams and jellies and pickles. I focused of LOTS of other stuff. I ignored, abandoned and neglected the novel and all fiction writing. But the novel is like the Chicken Heart that Ate New York, thump thump. Like a Tell-Tale Heart, it rattled around and haunted me, taunted me. I tried to avoid. I claimed to be just a vehicle but not the driver and so therefore, not responsible. Go somewhere else if you need more telling. But the more I resisted the more Uncle Remus reminded me that it isn’t easy to fight with a tar baby. The more you resist, the more you get covered.

And so I wake this morning with a cascade of new words, new fragments, new images. The story gives me permission to leave out some stuff. “It’s enough that you know the whole story. You can leave out this part, this whole subplot. The other readers don’t need to know it. They don’t need all of it. It’s okay.” And in a nightfall I have gone from an arcane doctor leeching her patient to a modern surgeon with a scalpel in my hand. I am no trained surgeon. I could really botch this. And then I realize….who would know? No one knows this story but me. I’m killing it slowly through neglect. How is butchering it any less of a death?

I stripped the beds, cleaned the house, ate my cereal and I am headed to the Farmers’ Market and the quilt store in Trenton. Another day of avoidance. 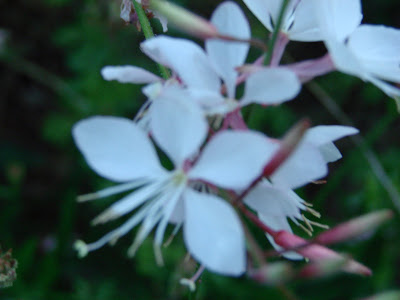