She hit the snooze bar and quieted Michele Norris. The NPR report about the butchery in Egypt blended with her dream. She had been walking down the long corridor in Tower 3 headed to the ICU when the normal squeaching sound the synthetic soles of her shoes changed. The shoes never squeached at the mall or on her linoleum floor at home, the floor at the community hall at church or the soup kitchen also never caused it. But in the hospital, her shoes made an annoying sound. like Chinese water torture. By the end of a long shift, by the end of a long week, she was maddeningly close to amputating her feet. The sound mocked her on Monday but by Friday it was open assault on her sanity. It was blaring alarm, screaming at her to get out. Get out of medicine. Get out of the hospital. Get out of dodge. She knew she was burnt, the cynicism could be sliced and served like an old fashioned pound cake, dense and heavy. Cynicism was the pathonomonic sign of Terminal Attitude Failure. But for some reason the squeaching sound she normally heard when she walked was gone, replaced by a sticky sound. It wasn’t the slap sound of walking on wet floors nor that random adherent sound of having adhesive tape on the bottom of one shoe. Both feet, each step was sticky. She looked down and the floor was covered in blood.

And then she woke up.

The ceiling fan wobbled above her, its sound faintly similar to the Doppler sound for a heart echo. Whomp whomp whomp. She hadn’t moved, pressed down into her bed by an invisible hand. She didn’t want to move. Didn’t want to get up.

“Can’t I call in sick today?” She asked the ceiling fan, which ignored her. She knew the answer, “Of course not.”

She played this charade every morning, at least every morning for the last three years. She had to work. She had no choice. The ten minute snooze elapsed and the radio came back on. She pushed off the side of the bed, left it on and started her morning routine.

As she idled in the line of cars entering the parking garage, she scrolled through her text messages and emails. She opened the Florida lottery messages as she did every Thursday and Sunday and checked the numbers. Pick six for the Florida Lotto. The jack pot had risen to $83 million. She bought compulsory tickets every twelve weeks. She’d fill out the bubble sheet and pay for the next 24 drawings. And every time the clerk handed her back her ticket, she folded it up along with the scantron slip and tucked it into her wallet. She balanced her checkbook every three months, so when she cleaned out her wallet of all the receipts and debit slips, she would toss the old, unredeemed Lotto tickets.

She read the numbers.

She read them again.

The horn blaring from the car behind her jolted her back to reality. She pulled through the automatic gate and drove up the ramp, just trying to stay focused on getting to the top level. Get up to the top level and out of the way. No need to hunt for a parking spot. She felt the sweat trickle down from her armpits.

She felt her lips tingling and stared at her hands on the steering wheel. They looked odd and moved too slow, like she was underwater. She rounded the last concrete pillar and was on the top floor of the hospital parking garage. She stopped on the far side of the parking deck and stared at the rising sun.

She put the car in park, cranked the A/C to MAX and leaned forward so the vent blew directly onto her face. Her ears buzzed and her heart was pounding. She felt faint. She turned and looked out the driver’s side window. Why was that woman pounding on the glass? Why had everything turned into a film negative? Black turned white. White turned black and she receded down a hole, like a rapid telescoping backwards away from the woman who seemed panicked and intent on getting into her car.

She heard the beeping first. That interminable beeping of the EKG monitors. Don’t they ever just go away? Can’t someone make them shut up? And then instantly she was awake and alert. Except, she was lying on a gurney and blaring fluorescent light overhead caused her to squint.

The thread above is my new story. This is the second story I have held in my head for many years, nuzzled beside Breaking Grace. I have three very defined “scenes” in my head around which I want to build stories. Like when a patient presents to my office and says they have abdominal pain. I take a history….I listen. I examine. Maybe I run tests. They return and we review things. And I keep looking and hunting and asking questions. I start with a list of differential diagnosis. I whittle down until I have a definitive diagnosis, eliminating all the unlikely, impossible and disproven.

That is where I am at with Breaking Grace. I have done what I can. I may not be completely sure of my definitive diagnosis, but I have to move onto to my next patient. I have to get the next story. So I am sending Grace to two friends and asking their opinions. Listen to her story, read the history and give me your clinical diagnosis. They may ask questions I missed.  I may be too close to be objective. It’s possible I am so way off the mark…but my friends will tell me. They will say….why didn’t you think of this? I might feel like an idiot and kick myself for missing something so obvious. But, I am not the smartest or the brightest. I don’t think I know every thing. And I know when to call in the back up. So….Breaking Grace will go off for consultations today. And I will move on to the next one. 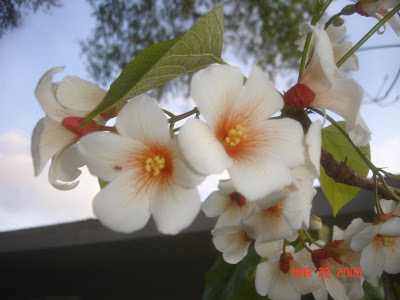