My father must have fancied himself an armchair philosopher; he had a knack for the provocative question, the ethical query. When I was little, one-on-one time with my father was an exceedingly rare and peculiar thing. My earliest memory was going with him to “check out” the land he and my mother had bought as an investment. Mind you, my parents were nouveau middle class and this investment land was a parcel of land “west of the levy”. In Dade county, west of the levy meant Everglades. In retrospect, it seems like my parents bought a share of the Brooklyn Bridge. And on this particular occasion, I got to drive for the first time. I must have been eight or nine years old, shifting and steering my dad’s British green MGB over a bumpy limerock road west of the levy. It was also when my dad asked me my first “serious question”. How will you know when you are a grown up? He was some freaky David Carradine Kung Fu master, asking a little kid such questions. He’d keep asking the same question, albeit in a slightly variant form, until he got an answer he deemed satisfactory. When I answered that I would be a grown up when I was financially independent of him, I got a new question.

When my first son was born he asked “What do you want for him when he grows up?” My first and immediate answer surprised and stupefied my father and he never asked me another question. I’m pretty sure my answer wasn’t the “right answer” on my father’s grading key….but I think he realized it was a possible answer he had not considered or seen. Similar to the first time I squarely beat him at chess, I made a move he hadn’t anticipated because it was a move he had never considered.

What do I want for my sons? Contentment. Not happiness. Not love. Not bliss. Not wealth or knowledge. Contentment. The definitions include restraining desires, willingness to accept their circumstances, satisfaction and peace of mind. According to the Bible, contentment opposes envy, avarice, ambition and anxiety. If I can give my sons something that defeats those four horsemen, I will have succeeded.

But while contentment is a state of mind where one’s desires are confined to one’s lot……it says nothing about adjusting the LOT.

I can and have been content HERE…in this particular lot. But THIS lot is not the singular LOT of my life. And part of discontent is realizing that sometimes we fall out of the sky into the wrong lot. You have to know and be assured you are in the right  lot, for contentment isn’t learned or trained. It isn’t a skill set or a mental exercise. Contentment is organic. Like finally being able to breathe. If you plop down onto a planet with an atmosphere where only 18% of the air is oxygen compared to Earth’s atmosphere which is 21% oxygen, the dyspnea is unavoidable. You can breathe but you are starved for air, limited in your capacity. You can’t run or climb or laugh or sing with only 18% oxygen. You won’t die. But you won’t live, either. If you live on the 18% planet for decades and then are suddenly transported to the 21% planet. Whoa Nellie! Someone turned up the juice. You FINALLY feel alive, you can breathe, sing, shout and make love without feeling like a iron vice squeezes you from the inside.

That is contentment. A true deep breathe. The reflexive, instinctual, absolutely invigorating breathe that infuses every cell and makes every nerve tingle. Contentment doesn’t eliminate fear or illness or grief. Contentment simply gives you access to ALL of yourself, the whole lot of you. 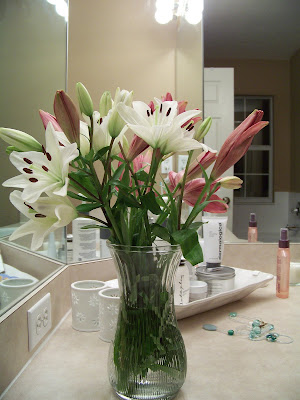