During Lent, Catholics often make sacrifices. Many will fast and pray. Some give up luxury items or pleasures like alcohol or chocolate, a very modern scourging and flagellation. I chose to ‘give up’ a behavior or trait that causes me to doubt my faith, hardens my heart, impairs my ability to love or makes me hard to love. This year I gave up EXPECTATION.

A monthly alert about my credit score arrives in the middle of every month. Divorce may separate a couple physically, dividing their addresses and assets. A divorce can’t separate them financially…not completely. After stumbling or slamming into the negative financial consequences of being financially tethered to a person who at the time loathed me,  I chose to monitor my credit.  I hate getting blindsided. And the courts left both of us in powerless positions. I’d rather know the worst than fear the unknown. So each month, I receive email saying, “You credit score has changed!” It sounds absurd, but I wonder every month if that exclamation point heralds happy or dismal news. After many months of a conditioned responses, the dismal no longer crushes me. I have come to expect it. Powerlessness is bitter but effective conditioning, it wears you down until you’re smooth. A psychic Ronco rock tumbler.

In an unexpected reversal, I discover two things. Daily, I renew and return to my Lenten sacrifice of “expectation”. What I first learned is that I am eager and successful in divesting my expectations for things to go wrong. I easily set aside my belief that IF it can go wrong it will. This may be a testament of my faith, that childlike innocence in things ‘working out well’. The second discovery and surprise is how suckered I am in expecting good things from good news. With the offering of  potentially good news (like a friend calling and asking for a lunch date), who immediately sets their mind to a pessimistic setting and plans for failure? The friend wants to make a special detour on their trip to see you and break bread.  Then they don’t show. And don’t call….And you allowed yourself to expect something. Their absence shouts. Or, after years of planning and patience, you think professionally that things have shifted. There is a sense of easing and improved capacity….may be we’re turning the corner. But then, with no anticipation, it changes again. Completely out of left field someone leaves, contracts change the market shifts. You never saw it coming because you were focused on right field.

I seem capable of shielding myself from the negative. I’m vaccinated and have an effective immunity to the poor report. I think it is based in my tenacity to not be foiled and deterred from an objective. But who immunizes against hopes and dreaming? Are we to stop dreaming to avoid disappointment? Or are we simply meant to stop placing our hopes in the hands of another human being, surrendering our free will and accepting a position of powerlessness? Even when we declare to our comrades…..”I entrust this dream of mine to you.”…..How responsible are they for the disappointment I feel? They may be responsible for failing in the task….but not how the failure makes me feel. Especially if I am the one who abdicated my power to them. Ultimately….It’s unknown that if I woulda-coulda-shoulda retained all the control, if the outcome woulda-coulda-shoulda been success. After enough of these exchanges, I have just learned to carry my own crap, do my own stuff, be a one-mule team. It may take me longer, it may cost me more in energy and time…..but it is an economy of hope and faith that I desire. I want my dreams. I want my hopes and if I fail at getting them, I want it to be at my own hand or failings. Having another person in the equation simply breeds disappointment and that is fertilizer for discontentment and contempt.

But…..the sneaky reminder in all of this is that to sacrifice expectation….it means ANY and ALL expectations that involve the variability of other people. And whether this is a wise sacrifice or not, by the end of Lent I hope to know if having expectations is fair to myself and to other people in my world. 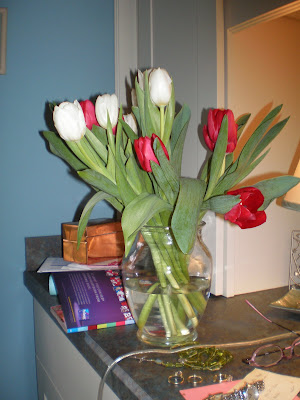