I am considering adding a new feature to Realisa. While at the writers’ conference, one of the lectures was on writing prompts. The teacher passed out random postacards and gave these instructions: You are to write something suspenseful. This postcard comes in the mail and has a single word on the back. Write about how the postcard is received, identify the word and then give some hint as to what the word may mean. We had 10 minutes. My card has a picture of the ancient paintings on some wall somewhere at Trinity College in Dublin.  This is the unedited result of that exercise.

Standing in the slanted asphalt gravel by the roadside, she opened the mailbox with the small key. The bell on the keyring jingled as she struggled to insert the key into the weathered mailbox lock aged from the many freezing winters and rainy summers. She had been gone longer than anticipated and wished she had stopped her mail delivery. She silently thanked her mail carrier for bundling everything with thick rubber bands. She needed to stop ordering gifts from catalogs, and then maybe all the junk mail would stop. After she pulled the third and last bundle from the box and stuck her hand in to verify nothing remained, she felt the thin, rigid card deep in the rear. Raking it out, her nails screeched across the bottom of the aluminum metal box. The noise echoed too loudly in the fog and she heard the doves that had been cooing on the telephone wire behind her flutter away. Biting the postcard between her teeth, she repositioned the bundles of mail in the crook of her left arm, hugged them against her chest and relocked the mail box. As she turned to walk back to the house, she flipped the card over curious about whom had sent the note. Personal mail delivered to her home by the letter carrier was uncommon. A postcard was downright odd. She couldn’t think who might be traveling that would send the card. When she turned the card over, there was but one word. Written in that elegant script she instantly recognized, the word here halted her in her tracks. She turned the card over to look at the picture on its front. It was the ancient painted walls at the college in Dublin. She had finished her doctoral work in Dublin many years before and she had not been back. She couldn’t go back. She hugged the bundles of mail tighter and closed her eyes. She could see the Mont Blanc fountain pen in his hand actually write the word. He always used that antique pen and to avoid staining his finger he had learned to blot the fountain tip on the edge of his paper before writing. She flipped back to the nearly blank side of the card and just above her address was his telltale blot. How had he found her address and after all these years, why bother? She also noticed that the postmark came from within the states. He was here. 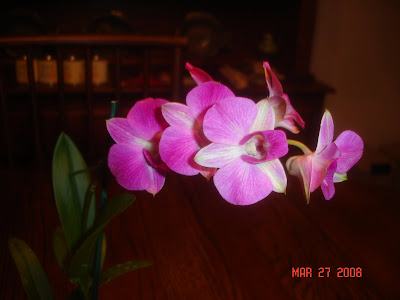